Queen Sofía enjoys an evening of music in homonym school 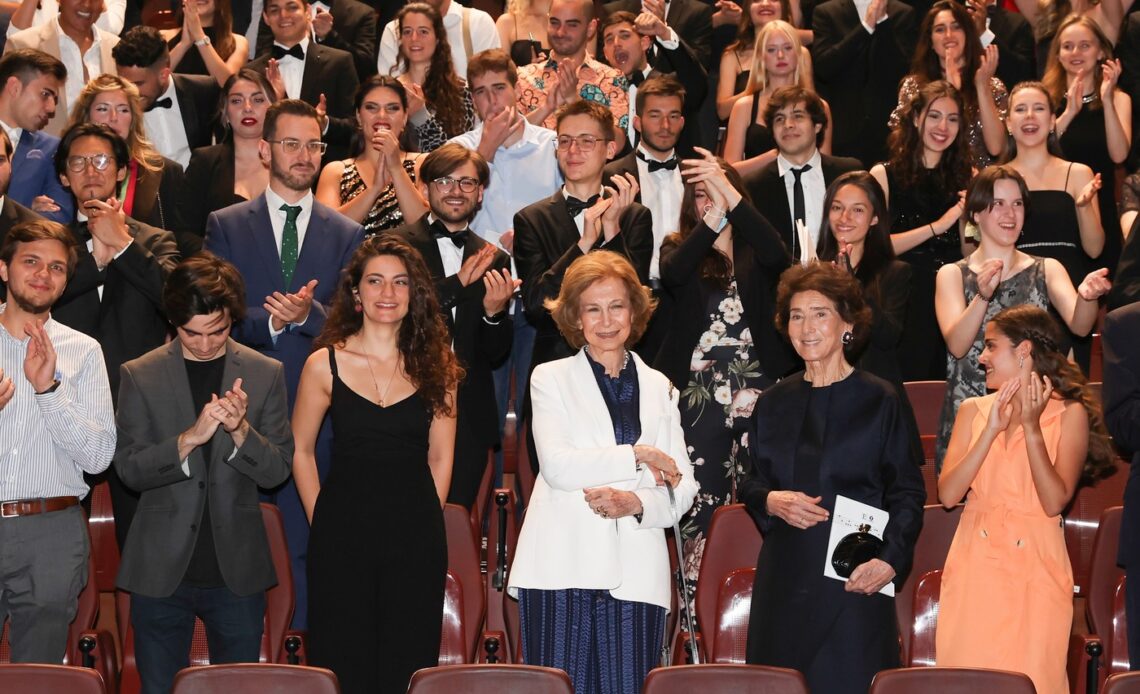 Queen Sofía of Spain attended the diploma awarding ceremony and the final concert for the Reina Sofía Music School in the Auditorio 400 of the National Museum Art Centre Reina Sofía in Madrid.

She then sat down in the first row for the diploma-awarding ceremony, which began with a few words from the President of the School and a video about the school’s activities.

It was then time for the secretary of the Council of Patrons to read the list of names of students who received the awards because of their exceptional performances throughout the year.

The Queen then got up on stage to hand out the diplomas, as well as the medal for a former professor and the five medals for current teachers. Lastly, she handed out the Medals of Honour before descending the stage and going up to the third floor, from where she watched the concert.

Before returning home, Queen Sofía posed in the auditorium for a picture with all students of the 2021-2022 class of the Reina Sofía Music School and held a brief chat with them.

The Escuela Superior de Música Reina Sofía was created in 1991 with the aim of helping young people thrive in their music studies and bringing the general public closer to classical music.

Today, it is regarded as one of the best music schools in Europe, partly thanks to the free scholarships provided by all the patrons supporting the project, but also because of the list of teachers that each year give classes in various instruments.