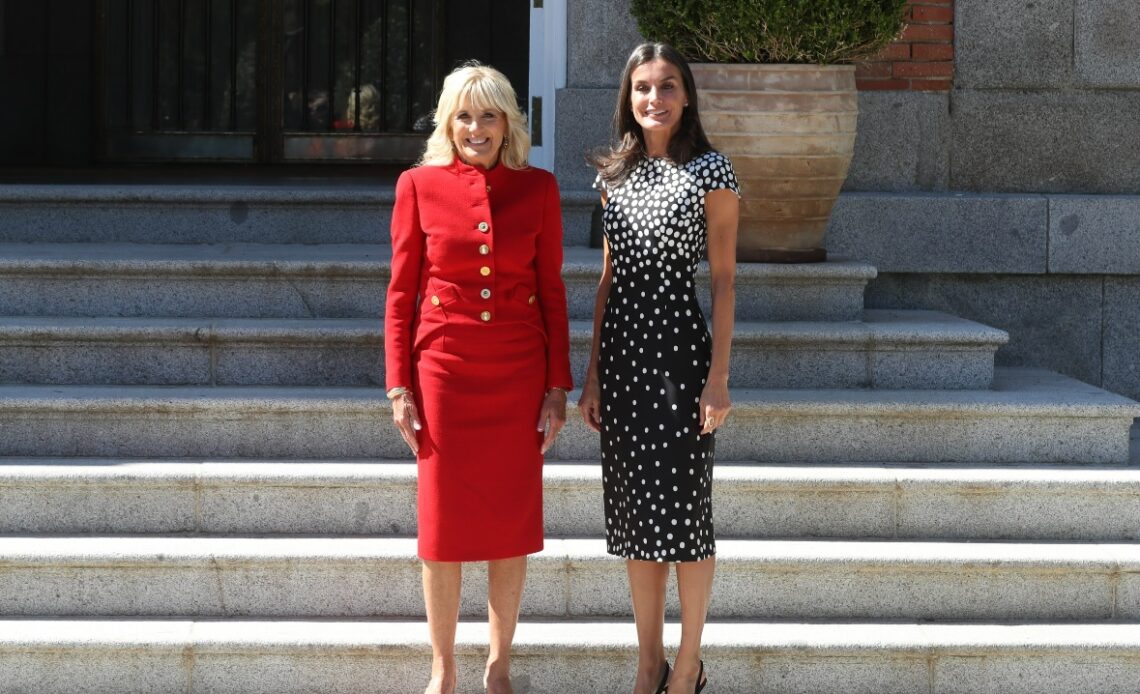 The Queen of Spain has met the First Lady of the United States as Madrid gets ready for one of the biggest international political summits of the year.

Queen Letizia welcomed Jill Biden to the Zarzuela Palace on June 27 2022, just hours before the NATO summit was due to start in the Spanish capital.

US President Joe Biden will be among those taking part in the summit which will bring world leaders together for days of discussions. Top of the agenda is support for Ukraine following the Russian invasion and a focus on strengthening defence and deterrence.

Madrid is hosting the summit as it marks the 40th anniversary of its entry into NATO.

Dr Biden and Queen Letizia held talks and posed for photographs as they met. The two will spend a lot of time in each other’s company as the Spanish queen is set to host the partners of world leaders at a string of events during the summit.

Later, they visited the headquarters of the Spanish Association against Cancer to learn about the ongoing research projects there including work in physical and psychological support for those being treated for the disease. They also met patients and their families.

US President Joe Biden will be given an official welcome by the King of Spain on June 28 2022.

Around forty heads of state and political leaders are due in Madrid for the summit which runs from June 28 until June 30 2022. On the first evening of the event, King Felipe VI and Queen Letizia will host a State Dinner for many of those attending.