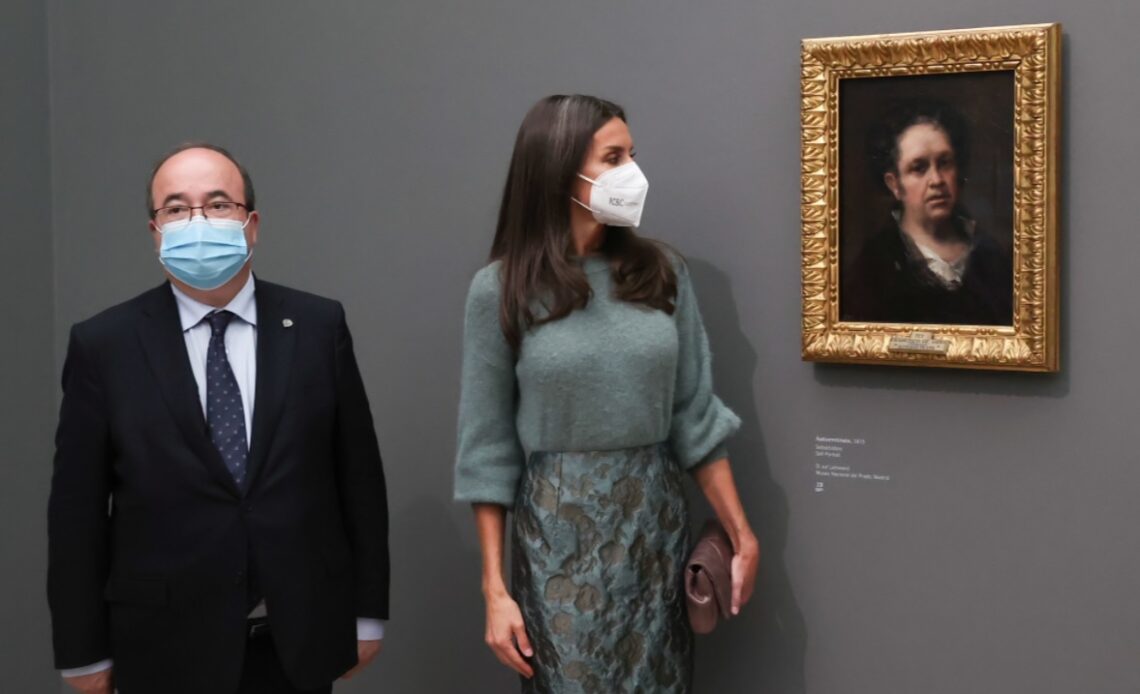 Queen Letizia has travelled to Switzerland for a preview of an exhibition about Francisco de Goya, one of Spain’s iconic painters.

Accompanied by the Minister of Culture and Sports, Miquel Iceta, Her Majesty travelled to Basel on October 8th 2021, to have an exclusive look at one of the most important exhibits about Goya in Europe.

Following the official welcome, Queen Letizia was given a tour of the exhibition, which is simply titled “Goya”, by Martin Shwander, the person who commissioned the exposition.

The show will open to the public on Sunday, the 10th of October 2021, and will remain open until Sunday, the 23rd of January 2022. It features a unique mix of key pieces from Goya that were borrowed from the Prado Museum and less known paintings and drawings, that the Beyeler Foundation managed to borrow from private collectors in Spain and Switzerland. As a result, the public will get the chance to see a less-known aspect of Goya and understand better the two main aspects of his paintings: the big portraits and the personal and mysterious pictorial worlds he created in his pieces.

Queen Letizia is no stranger to such trips; in fact, one of the first events she attended after the accession of 2014 was the opening of an exhibition about Spanish painter Velázquez in Vienna, Austria.

Her Majesty is very much committed to the cultural world of Spain and its promotion around the world; both at home and abroad, she has attended countless events that shine a spotlight on Spanish cultural actors, from writers to painters.