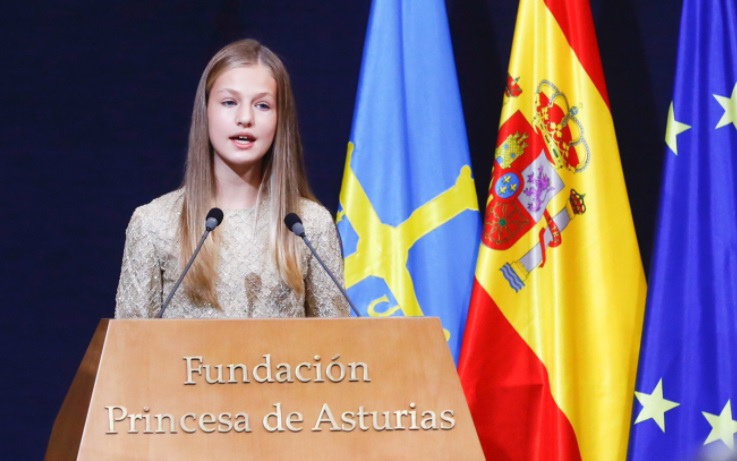 The Princess of Asturias is set to miss one of her family’s favourite traditions because she has to head back to school.

Princess Leonor, 15, is due back at UWC Atlantic College in Wales for the start of the new term on January 5th 2022 meaning she won’t be in Madrid for the celebrations markng Epiphany.

The princess, her sister, Infanta Sofia, 14, and their parents usually spend the ‘Day of the Three Kings’ with Queen Letizia’s father, Jesus Ortiz, at his home in Madrid.

Leonor has spent the Christmas holidays in Madrid after completeing her first term at UWC where her fellow pupils include Princess Alexia of the Netherlands. The college has been dubbed a ‘school for princesses’with Belgium’s Princess Elisabeth also studying there in recent years. She is now an undergraduate at Oxford University.

This isn’t the first time Leonor’s studies have meant she was unable to take part in a major event. In October, she missed Spain’s National Day parade as she was still at college although she was able to return for the Princess of Asturias Awards soon afterwards.

Leonor, first in line to the throne of Spain, has had a high profile in recent times. In 2021, she took on her first solo engagement and gave several well received speeches. She and her sister also carried out their first joint engagement without their parents.