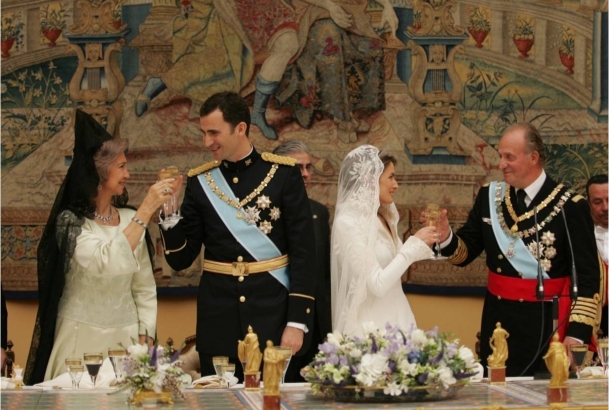 On 1 November 2003, Spain’s Casa Real announced that the heir to the throne, Felipe, Prince of Asturias was to marry the divorced Spanish television newscaster, Letizia Ortiz Rocasolano. At the time, the announcement came as a surprise to most.

The then Prince Felipe presented Letizia with a white gold 16-baguette diamond ring during his proposal. She also gave Felipe a classic book and white and gold cufflinks.

Felipe and Letizia married on a rainy 22 May 2004 in Madrid at the Cathedral Santa María la Real de la Almudena – less than two months after the Madrid terror attacks and a week after Crown Prince Frederik of Denmark wed Mary Donaldson. It was the first time this cathedral had hosted a royal wedding, and as a whole, almost a century had passed since a royal wedding had been held in Spain’s capital city.

Celebrations for the nuptials went on for several days with a gala dinner hosted by the King and Queen at Prado Palace the night before for 350 guests. The cathedral hosted 1,600 guests, and the ceremony was watched by millions more on television. Royal guests from all over the world attended the ceremony, including the Prince of Wales; the then Prince Willem-Alexander and Princess Máxima of the Netherlands; King Constantine and Queen Anne-Marie of Greece (Felipe’s maternal aunt and uncle); Crown Princess Victoria, Prince Carl Philip and Princess Madeleine of Sweden; and Princess Caroline of Monaco. 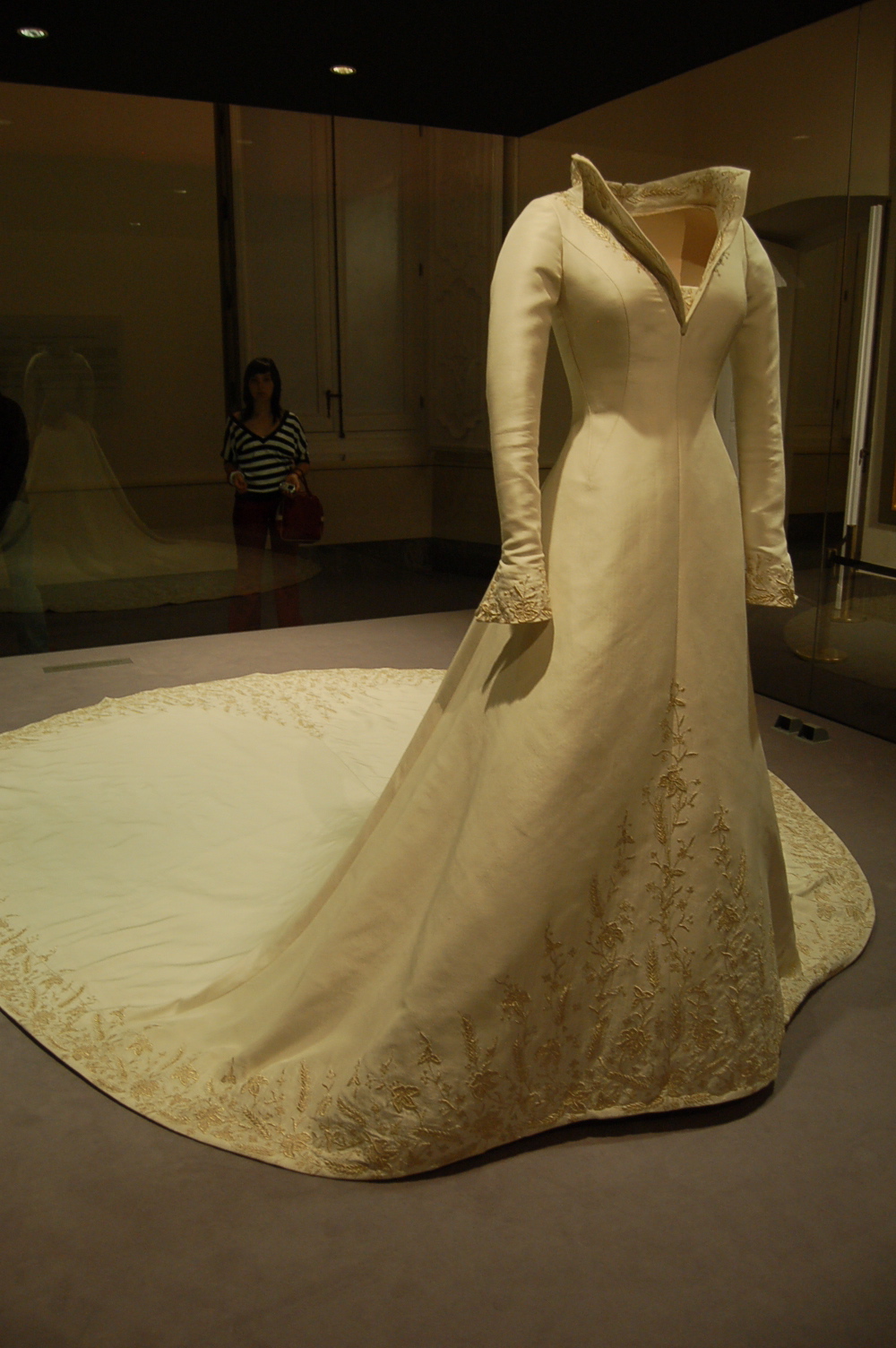 Letizia wore a gown with a 4.5-metre train designed by Spanish fashion designer Manuel Pertegaz and shoes by Pura López. Her veil had been a gift from her husband to be. She was loaned the Prussian Diamond Tiara by her in-laws and wore diamond earrings that they had gifted to her, as well.

The couple dedicated their wedding to the victims of the recent Madrid train bombings that had occurred in March. They had a bouquet of white roses taken to Atocha station, which was one of the main targets of the attack. A note was attached to the flowers saying, “Always in our memory, Felipe and Letizia.” Massive television screens were erected in the city for the public to watch the ceremony. It has been said that 25 million Spaniards tuned in to watch in the streets and at home.

Felipe and Letizia were able to marry in the Roman Catholic Church since it did not consider Letizia’s first marriage canonically valid as it was only a civil ceremony. Otherwise, she would have had to seek an annulment to marry the then Prince of Asturias in a Catholic ceremony.

On 19 June 2014, King Juan Carlos abdicated in favour of his only son making Felipe and Letizia the King and Queen of Spain.

The marriage of King Felipe and Queen Letizia is featured in our new anthology. Royal Weddings: A Collection from Royal Central is available as an ebook or a paperback on Amazon.