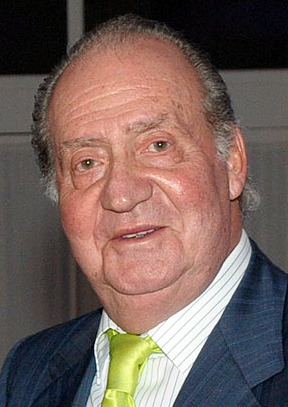 Spain’s former monarch, King Juan Carlos has been accused of using his alleged lover to receive low-tax property deals. According to an exclusive report by Spain’s OK Diario, the King had Princess Corinna of Sayn-Wittgenstein buy several properties overseas as a result of her tax residence in Monaco.

The claims came from an audio recording of the 53-year-old German that was leaked to the Spanish press. Reportedly, in 2015, Princess Corinna spoke to a former Spanish police officer in London. In the recording, she explained that His Majesty’s lawyers put her name on overseas properties – including in Morocco – without gaining her permission. She expressed dismay that she was being brought into “money laundering” and was living a “nightmare.”

Corinna went on to say that said properties were placed in her name not “because he loves me a lot, but because I reside in Monaco.”

Other claims made by Corinna were that King Juan Carlos has bank accounts in Switzerland under the name of his cousin, Álvaro Orleans de Borbón, that the King received some 100 million euros that were to be used to pay commissions for a high-speed train to Mecca that is under construction and that he paid for their trips from a Swiss account.

She has also made comments regarding the Nóos case in Spain that saw King Juan Carlos’ son-in-law Iñaki Urdangarin be sentenced to prison and his daughter, Infanta Cristina fined. She reportedly told the King in 2004 that his son-in-law did not know the difference “between public money and private money. He wants to make money very fast and is prepared to do anything to make money.”

Álvaro Orleans de Borbón has denied the accusations, and so far, the Palace has not commented on the allegations.

Princess Corinna of Sayn-Wittgenstein is an advisor to Prince Albert II of Monaco and had her name brought out in the Spanish press in 2012 when the King took a secret hunting trip to Botswana with her where he ended up injured. It was then that she was named as the lover of Juan Carlos by the Spanish media. However, the relationship has never been confirmed, and in 2013, she described herself only as a “close friend” of the King.

King Juan Carlos abdicated in June 2014 in favour of his only son, Felipe who now sits on the Spanish throne as King Felipe VI.