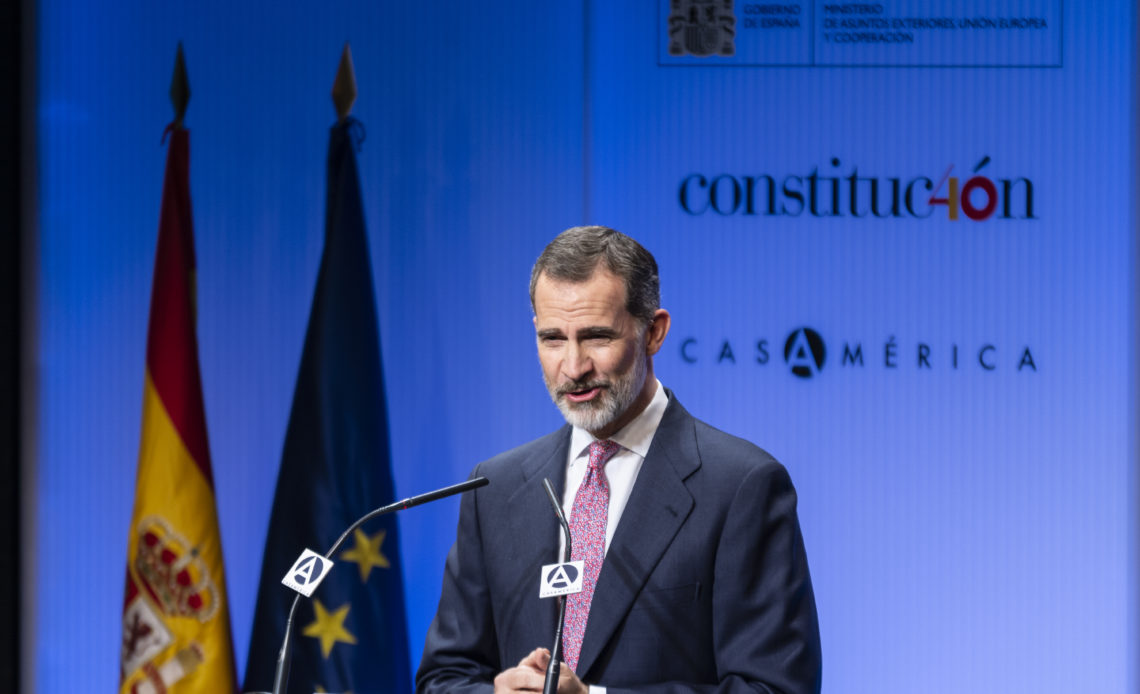 King Felipe of Spain has been urged to demand human rights after €40 million arms deal between Spain and Saudi Arabia was pushed through. Saudi Arabia and Spain have long-standing trade agreement thanks in part to the good relationship King Juan Carlos and the Saudi Royal Family.

This deal, which included the sale of 155mm artillery ammunition, had been delayed for six months over fears that the weapons would be used in Yemen – a country ravaged by civil war since it began last year. However, the €40 million arms deal has finally been reached right as His Majesty is due to visit the Middle Eastern kingdom.

King Felipe was first supposed to make the trip to Saudi Arabia in January, but that was postponed after the kingdom executed 47 people. The King was due to visit the country for the three-day visit at the beginning of November, but it was put on hold after the death of Prince Turki bin Abdulaziz Al-Saud. Original plans for the trip would have King Felipe meeting King Salman on “a wide range of bilateral, regional and international issues,” reported Arab News on 12 November.

The King, who will be on his first official visit to the country, has been asked by Amnesty International to use his influence to convince Saudi Arabia to stop the attacks in Yemen. The current conflict in Yemen has resulted in over 7,000 being killed since it began.

The controversial trip caused Spanish political parties to voice their concern and dismay of the trip. The political parties, Podemos and the Catalan Republican Left have been opposed to the trip altogether. However, the Ciudadanos party has petitioned His Majesty to “demand respect for basic human rights,” according to the Spanish newspaper, El Pais. The Popular Party and the Socialist Party are in support of the trip.

There’s been no official confirmation but it is suspected that Saudi Arabian officials will sign on to purchase “five warships worth over €2 billion from Navantia, the Spanish state-owned shipbuilding company,” El Pais reported.

The Middle Eastern kingdom is one of the biggest clients for the Spanish military industry. In the past, Saudi Arabia purchased €546 million worth of equipment in 2015.

Felipe will be accompanied by Spain’s Foreign Minister, Alfonso Dastis. His Majesty is expected to discuss the progress of building a high-speed AVE train to Mecca, as well.

Queen Letizia has declined to travel to Saudi Arabia due to the discrimination of women in the country.