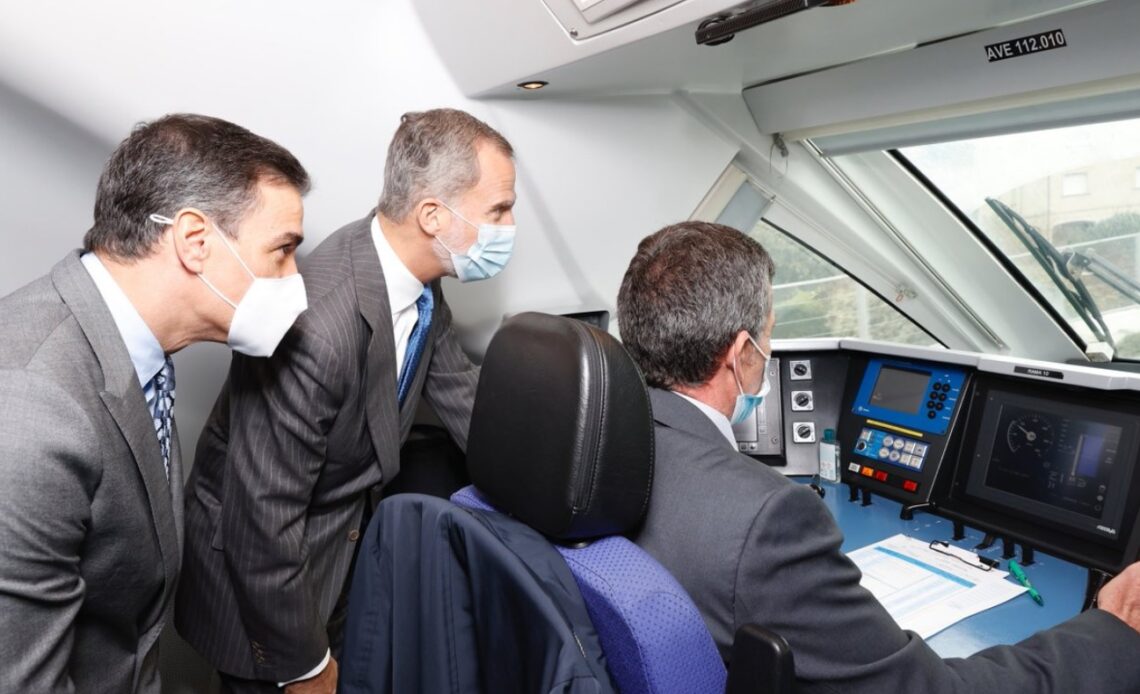 King Felipe of Spain has been joined by other authorities for the inaugural journey of one of Spain’s biggest infrastructure innovations.

After swearing in the new Minister of Culture, on the morning of Monday, 20th December, King Felipe, Spain’s Prime Minister Pedro Sánchez, the Minister of Labour and Social Economics, the Minister of Transportation, Mobility and Urban Agenda and other authorities got on board the high speed train that will connect Madrid with many cities in the Autonomic Community of Galicia.

The journey lasts approximately 2 hours and 15 minutes, versus the 4 hours it took before the high speed line was installed.

The train made a few stops along the way, collecting other Government and local authorities on board, before the two final stations, where all authorities got off the train to carry out small engagements.

In A Gudiña – Porta de Galicia, all authorities posed for a short photo opportunity in front of a plaque commemorating the inauguration.

The final stop for the journey was the town of Ourense, where King Felipe received the welcome from the Mayor. He then moved to a space within the station to preside over the official event for the inauguration of the new high speed train line between Madrid and Galicia.

Before jumping back on the train for the return journey, King Felipe and the rest of the authorities that were present posed for more photos.

It’s expected to be King Felipe’s final public engagement before Christmas. He will make his traditional address to Spain on Christmas Eve.