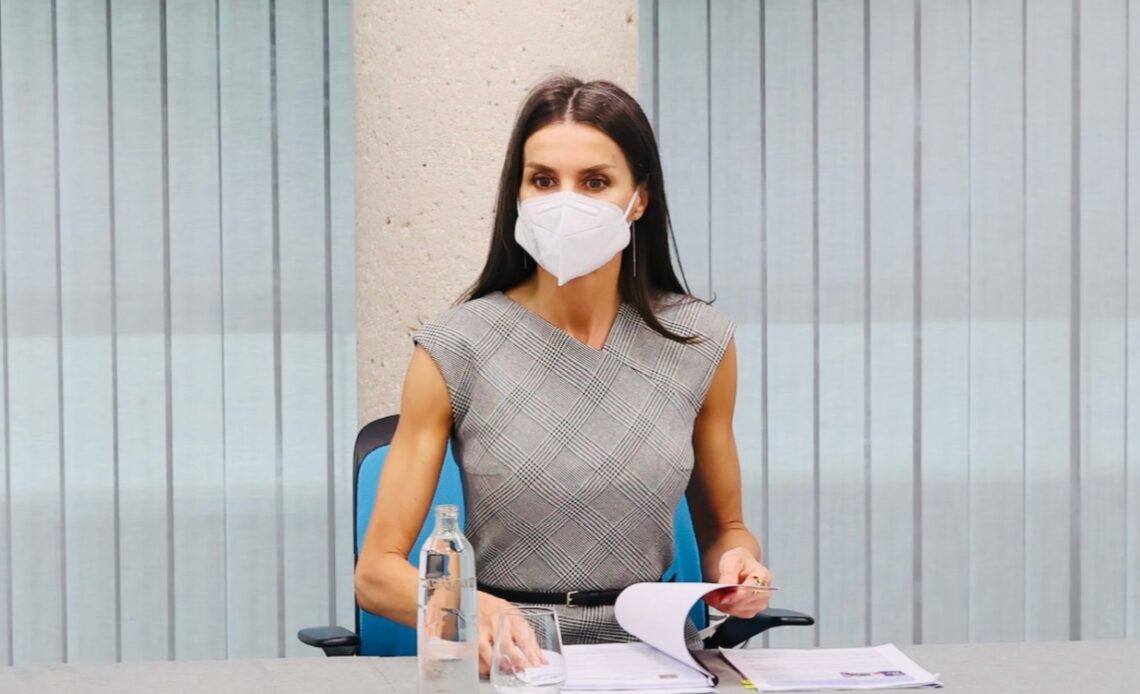 In her last event before the Christmas holidays, Queen Letizia travelled to San Sebastián, in the Autonomic Community of Basque Country, to preside over the annual reunion of Cervantes Institute directors.

On Monday, the 20th of December, the Queen arrived at the Tabakalera Cultural Centre, where she was welcomed by the Minister of Foreign Affairs, Cooperation and European Union, the Government representative in Basque Country, the Director of the Cervantes Institute and the Councilor for Culture and Language Policies of Basque Country, among other authorities.

After a quick photo op in the building’s patio with all the Cervantes Institute directors present, Her Majesty made her way inside the Centre for the meeting.

In 2021, the reunion of all Cervantes Institute directors from all around the world was focused on the institution’s 30th anniversary, on making a balance of the past three decades and looking at the future, especially in a moment when teaching has taken on such unexplored ways of working.

The debate was moderated by the director of the Cervantes Institute and saw the participation of Directors from branches on four continents: New York, Casablanca, Tokyo and Brussels.

Before leaving to go back to Madrid and officially kickstart her vacation, Queen Letizia maintained an informal meeting with everyone present for the event.

The Cervantes Institute was founded in 1991 as a public entity for the promotion and the teaching of Spanish culture and language around the globe. Over the decades, it has had the privilege of opening centres with this aim in all four corners of the world.

Despite nothing being on the agenda for the next few weeks, we already know that the family will still be working. King Felipe is due to record his traditional Christmas Eve address, and, with a constantly evolving situation, it is to be expected that the speech will be only recorded a few days in advance.

Their Majesties also know that after Princess Leonor has returned to Wales for school on the 5th of January, they will host the traditional Pascua Militar ceremony, which generally marks the end of their winter holiday break.