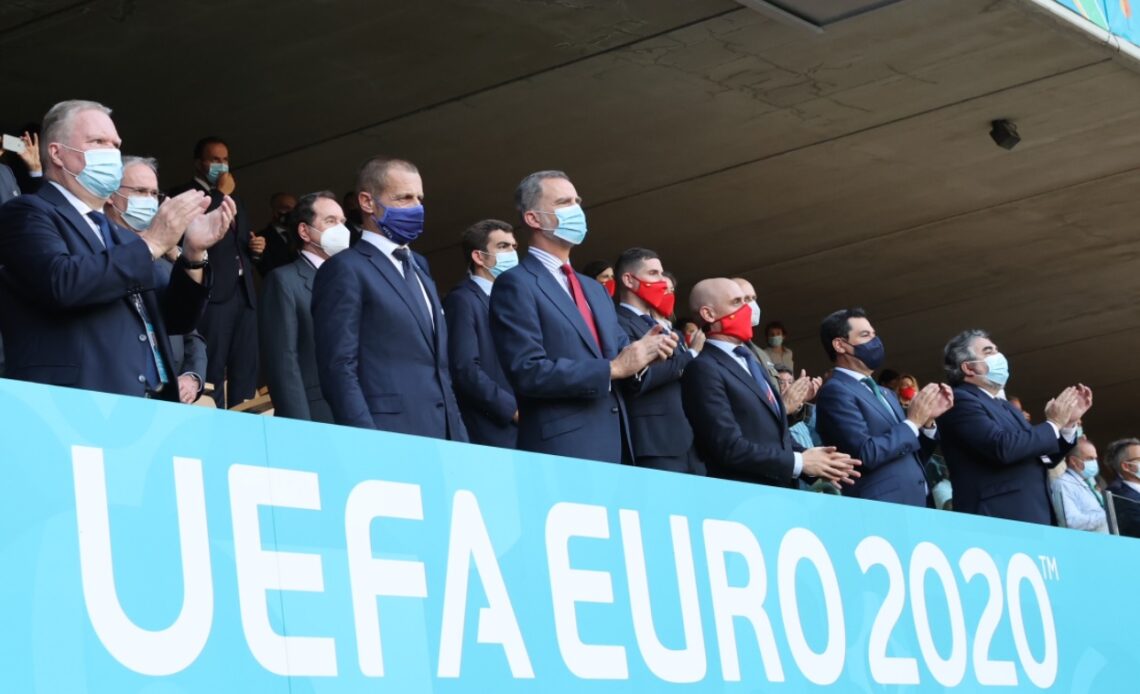 King Felipe of Spain has watched his country’s football side begin their Euro 2020 campaign in Andalucia as a heated political debate about his constitutional role continues.

King Felipe attended their first group match against Sweden, played at La Cartuja stadium in Seville on June 14th 2021 while politicians in Madrid, and elsewhere, sustained their arguments over whether he should sign the pardons the socialist led government plans to give to Catalan leaders jailed for sedition after a failed independence referendum in October 2017.

Conservatives have complained angrily over the possibility that the King of Spain’s constitutional role could see Felipe sign the pardons. At the weekend, thousands took the streets of Madrid to protest against the government’s plans.

King Felipe has had a high profile agenda in recent days as the row has grown and continued that with his visit to the football. He was one of 16,000 fans permitted to watch the game with strict pandemic regulations governing attendance at the tournament which is being played across Europe to mark its 60th anniversary. He was joined at the stadium by the President of the Andalucian government, Juan Manuel Moreno, and Spain’s Minister for Sport, José Manuel Rodríguez Uribes. They were accompanied by the President of the Spanish Football Federation,  Luis Rubiales, and the President of UEFA, Aleksander Ceferin.

Felipe VI saw his side, which won the Euros in 2008 and 2012, fail to capitalise on their chances and scratch out a 0-0 draw with Sweden.

The football match came at the end of a busy day in Andalucia for the Spanish monarch and just hours ahead of the start of his first incoming State Visit since the pandemic. On June 16th, King Felipe and Queen Letizia are set to welcome the President of South Korea to Madrid.