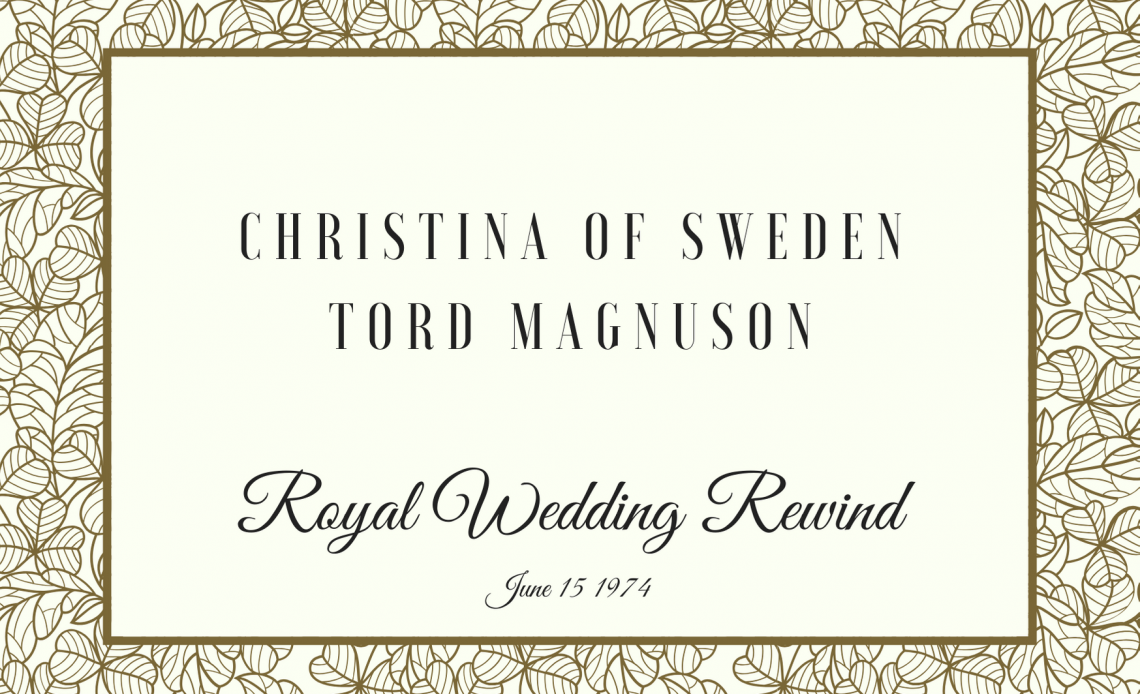 It was the first royal wedding of a new reign but one filled with poignancy. Princess Christina, fourth sister of King Carl XVI Gustaf, married in June 1974, just eighteen months after the death of her mother, Princess Sybilla. Her wedding also began a hat trick of regal nuptials in Sweden within the space of a few years. Let’s rewind to June 15th 1974 and the Royal Wedding of Princess Christina and Tord Magnuson.

The couple’s marriage was a happy moment for a royal family that had seen plenty of challenging times in recent years. The bride had lost two major figures in her life in the early 1970s. Her mother, Sybilla, had died in November 1972. On September 15th 1973, her grandfather, King Gustav VI Adolf, died. The throne passed to Christina’s younger brother who became King Carl XVI Gustaf, the only one of the five siblings to have any succession rights under Swedish laws at the time. One of his first duties was to oversee the marriage of his fourth sister.

The wedding took place on June 15th 1974 at the Royal Chapel of the Royal Palace in Stockholm before a host of royal guests. The bride wore a gown by Martaskolan, the Stockholm atelier her sisters had turned to for their wedding outfits but Christina’s was markedly different. It featured a wrap style bodice that formed a V neckline, a fitted waist and slim, full length skirt. It was reminiscent of the shape of the wedding gown chosen by her mother and Christina also wore one of Sybillia’s favourite tiaras. The all diamond Connaught tiara had been brought to Sweden by Margaret, the grandmother Christina never knew. Like two of her sisters, the princess also wore Margaret’s lace wedding veil for her marriage.

The bride lost her HRH status on her wedding day as her husband wasn’t royal and was known from then on as Princess Christina, Mrs Magnuson. However, Princess Christina continued to have a high profile royal role for several years until her younger brother married in 1976. Christina and Tord had three sons together. Now grandparents, too, they live in Sweden.

Sweden’s many June royal weddings are included in our new anthology. Royal Weddings, A Collection is on sale as a paperback and an ebook at Amazon.