King Felipe grants audience to tennis player who made history 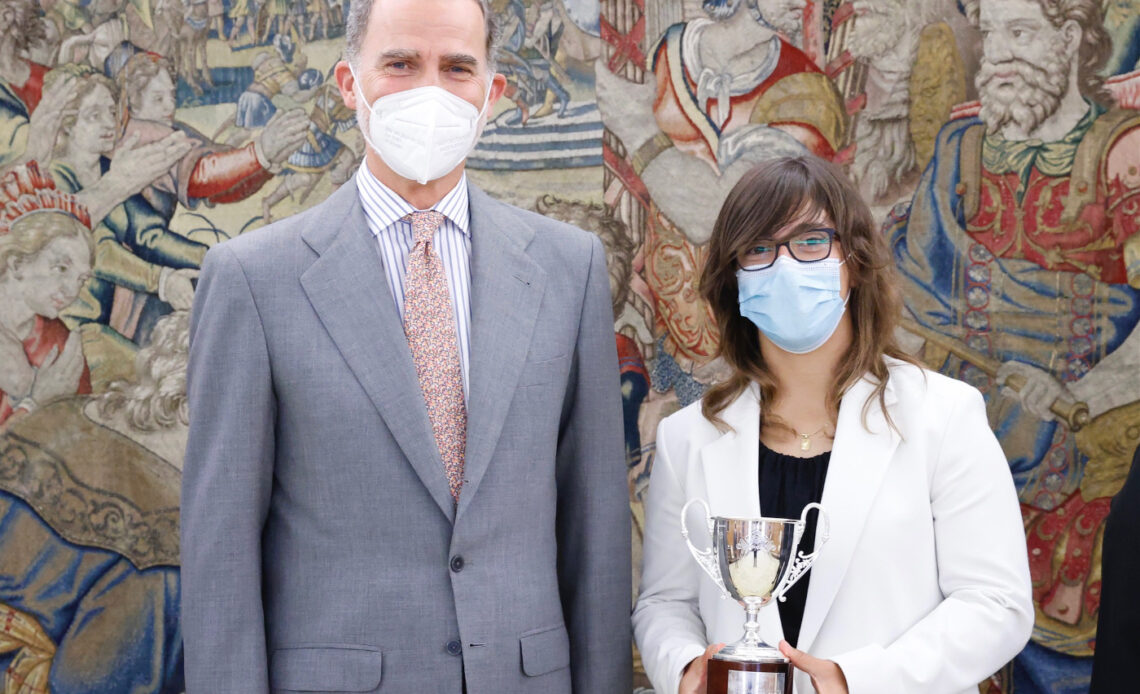 On Thursday, King Felipe granted an audience to Ane Mintegi, the junior tennis player who made history by being the first Spanish citizen to win a Wimbledon trophy.

Ane Mintegi won the women’s junior title at Wimbledon on the 11th of July by defeating German player Natasja Mariana Schunk in three sets (2-6, 6-4, 6-1) in a match that took place on Field 1 of the All England Lawn Tennis Club in London.

Also present at the reception was Miguel Díaz Román, the President of the Spanish Royal Tennis Federation.

The champion brought her trophy for King Felipe to admire, as well as a tennis racket to give to the sovereign.

The Spanish player is the first to ever win a women’s junior title in the Wimbledon tournament, which makes her accomplishment even more significant.

Ane Mintegi was born on the 24th of October 2003 in Idiazabal, in the Basque Autonomous Community in Spain.

King Felipe is a keen sportsman and has regularly granted audiences to players who gain special recognition in their field. He has regularly welcomed the Spanish football teams even before becoming sovereign and, most notably, Olympic champion and triple world champion Carolina Marín, a badminton player.

His Majesty and Queen Letizia have also recently held a reception for a representation of the Spanish Olympic Team before they left for the Games in Tokyo.

With King Felipe having himself competed in the Olympic Games in Barcelona in 1992 and even being designated flag bearer for the occasion, it is no surprise that sport is such a prominent feature in his agenda.

The entire family is due to soon move to Palma de Mallorca for their traditional summer holidays, which this year will have a bittersweet taste, as they will likely be the last moments the family will spend together in private before Princess Leonor is due in Wales to start her learning journey at UWC Atlantic College.