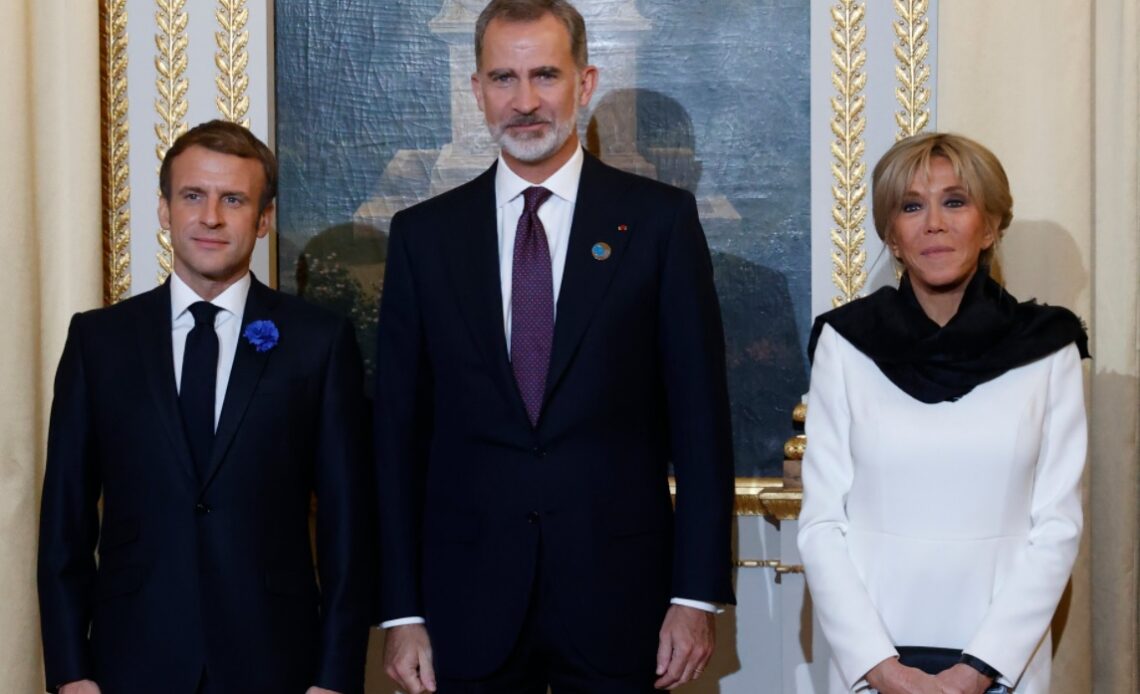 King Felipe of Spain has travelled to Paris, France, to take part in the fourth Paris Peace Forum and hold meetings with other authorities present for the occasion.

His Majesty left Madrid on an official plane in the morning of November 11th 2021 and, upon his arrival in the French capital, was welcomed by the Spanish Ambassador in France, Victorio Redondo.

The King then made his way to the Grand Hall building of the Parc de La Villette complex, where the debate was held. There, he was welcomed by the Director of the Forum Pascal Lamy.

King Felipe then took his seat in the room to watch the projection of all the videos recorded by Heads of State and Government for the occasion. This included a video the King himself had prerecorded, possibly in the same room where he records his Christmas speech.

Recited all in French, a language in which His Majesty is quite fluent, the speech highlighted the importance of such initiatives for the promotion of global peace and cooperation on a wide array of issues, from climate change to the fair distribution of vaccines, as well as expressing his joy at the fact that Spain is a part of the Forum’s General Assembly, which is dedicated to picking the topics and projects for the year’s edition.

The day was then concluded with a meal offered by the French President and First Lady, Emmanuel and Brigitte Macron, at the Elysée Palace.

The Paris Peace Forum was created in 2018 by French President Macron and is aimed at creating a cooperative environment to find shared solutions to contemporary problems. The Forum also highlights a number of projects that deal in the same topics selected for that year’s edition of the Forum and invites representatives from each project to be a part of the panels. The 2021 edition will take place for the 11th to the 13th of November.