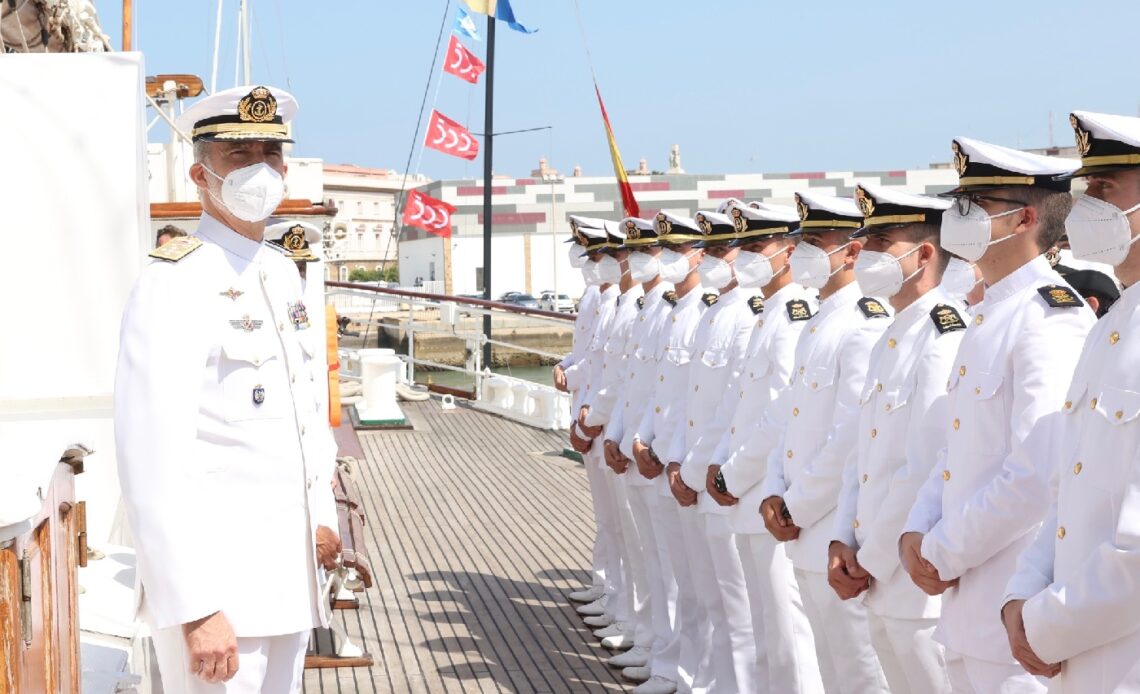 On Sunday, King Felipe of Spain travelled to Cadiz to welcome back a ship that did the 11th circumnavigation of the globe.

His Majesty arrived at the port of Cadiz on board the ship; there, he watched the solemn flag-raising and the subsequent port reentry manoeuvre. Once the ship was back in port, it was boarded by the President of the Andalusian Parliament and the Mayor of Cadiz, both of whom maintained a short meeting with King Felipe on board the ship.

To close the event, His Majesty got off the ship receiving full military honours, including the playing of the national anthem and a full gun salute.

The ship has a total number of occupants of 197 members, divided into 24 officers, 22 sub-officers, 39 1st chiefs, 107 chiefs and sailors and five civilians. All ship occupants have previously studied in Military Naval Academies.

The Juan Sebastian de Elcano was christened in 1928, and since then has made a recognisance trip almost every year. Between 2002 and 2011, several rounds of renovation work have been made on the ship to better the occupants’ quality of life and modernise the services (like the electrical grid and the water supply system).

King Felipe has always been very attached to the military, even before becoming monarch, having received military training in all three branches of the Spanish Armed Forces (Army, Navy, Air Force) between 1985 and 1988, before beginning his university education. With the Juan Sebastian de Elcano ship, he has an even deeper connection, having trained on it as a Navy Cadet in 1987.