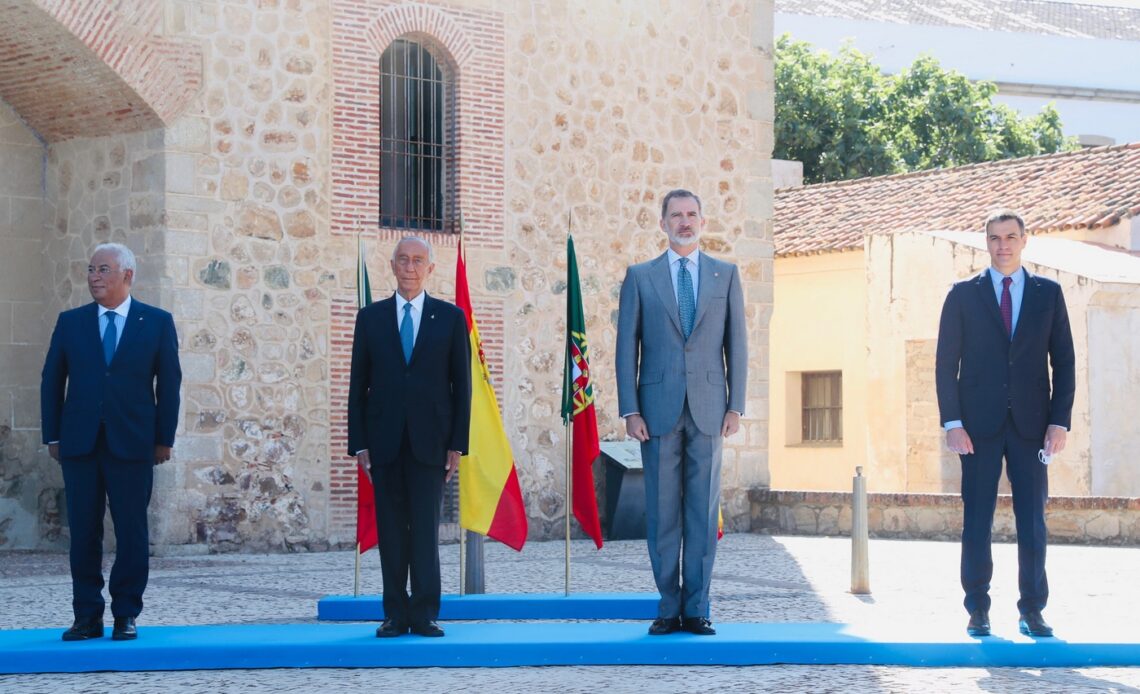 King Felipe attended the symbolic reopening of the Spanish border with Portugal on Wednesday, another step to re-opening the country following the COVID-19 pandemic.

The border between Spain and Portugal is referred to as ‘la raya’ or ‘the line’ and was closed for three-and-a-half months during the COVID-19 pandemic. Both countries are still experiencing spikes in cases, but the outbreaks are considered under control following a difficult period that saw over 250,000 cases in Spain and over 42,000 cases in Portugal.

The dignitaries, King Felipe, the President, and Prime Ministers, then stood next to the border area while the national anthems of Spain and Portugal were played by the Extremadura Orchestra.

Following the opening of the border, King Felipe and the dignitaries visited the Provincial Archaeological Museum of Badajoz to hold a meeting and then travelled to Elvas in Portugal.

There, they visited Elvas Castle and met Elvas’s mayor, Nuno Mocinha, before stopping for an official photograph while the national anthems of Spain and Portugal played again.

Their final act to symbolically open the borders was to visit the viewpoint overlooking the border strip.

Portuguese Prime Minister Costa said at the ceremony, “The border opening between our two countries is not a threat, but rather an opportunity for common development. We all have to be very clear that until there is a vaccine, we are going to have to live with Covid. That is the reality for Spain, Portugal and the rest of the world.”