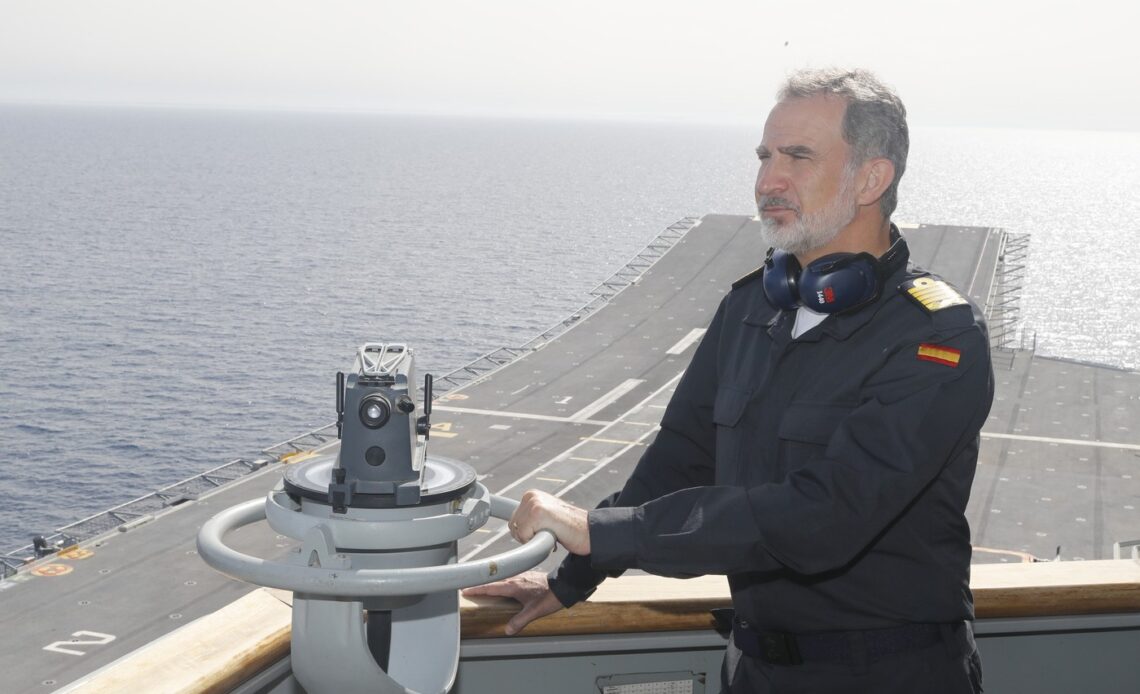 © House of HM the King

As commander-in-chief of Spain’s armed forces, King Felipe is accustomed to attending major military exercises and has recently participated in a major naval exercise in Spanish and international waters.

The Spanish monarch arrived at the naval base near the city of Rota where he was received by leaders of the Royal Spanish Navy. After arrival, the King was given a thorough introduction to how the exercise takes place and which ships were involved this year.

After the briefing, King Felipe was airlifted to the aircraft carrier “Juan Carlos I” – named after the King’s somewhat controversial father and Spain’s previous monarch. On board what is said to be the Spanish navy’s most important ship, Felipe was given an introduction to how the ship works and was able to meet several of those who serve on board.

A demonstration took place for the King to see how helicopters and planes take off and land on the ship.

For a period, the King followed the exercise from the ship’s bridge, which gave a good overview of the events that unfolded. He also witnessed an amphibious demonstration.

Up on the deck, King Felipe received honours from the British aircraft carrier “HMS Prince of Wales” which also participated in the exercise with their Spanish allies.

The exercise, which has been named FLOTEX-22, aims to evaluate the capacity of the Spanish Navy and connect different branches of arms to see how the routines work in an emergency situation. The exercise is a result of the Russian invasion of Ukraine and aims to show the world Spain’s ability to defend itself in the case of an attack.