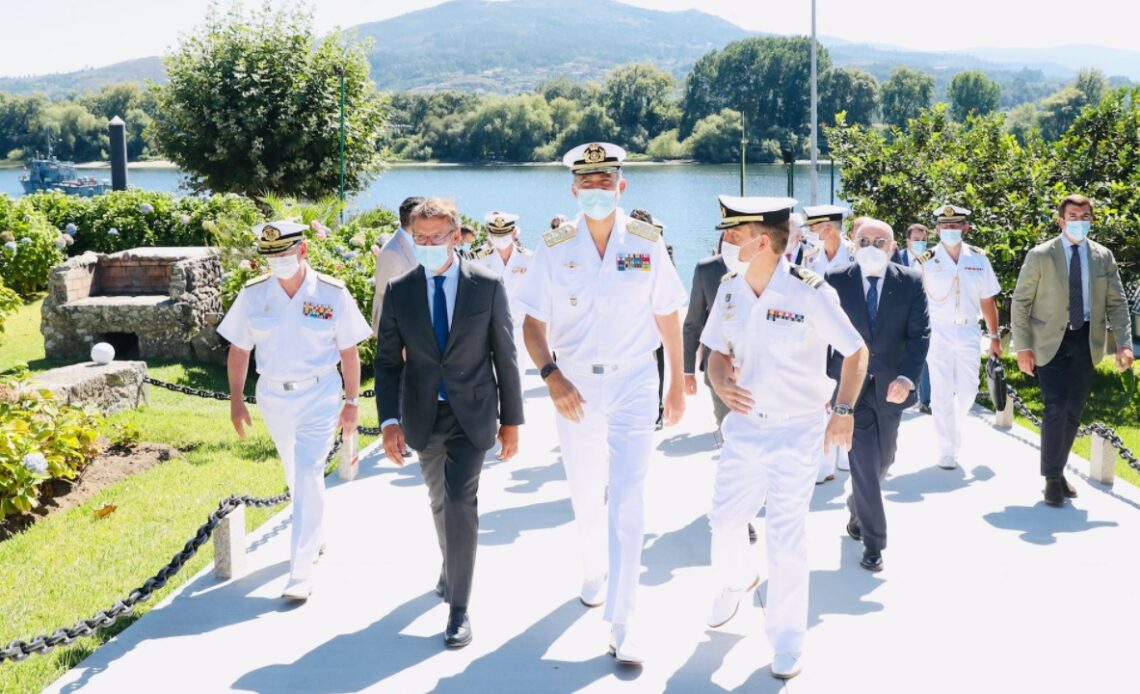 The King and Queen of Spain have returned to engagements after a summer which saw them and their family put under scrutiny by politicians and commentators as the fall out from the self imposed exile of King Juan Carlos I continued.

Felipe VI and Letizia were back at work after just a fortnight out of the public eye. The couple and their children, Princess Leonor and Infanta Sofia, carried out a string of visits during their annual stay in the Balearic Islands in the first weeks of August.

King Felipe’s first duty of the autumn was a review of the activities of the Naval Command based on the Mino River which runs along the border of Spain and Portugal. He was given an overview of the work that goes on there every day, including the issue of licences for fishing along river. Felipe also took to a patrol boat where he heard about the surveillance and police work carried out on the Mino.

Queen Letizia was in Madrid for a meeting linked to a cause very close to her heart. She is heavily involved with the work carried out by the Federation for Rare Diseases and travelled to their headquarters for a meeting, focused on the impact of the coronavirus pandemic. Queen Letizia, who has maintained regular contact with the Federation throughout the past months, was told about the way lockdown and managing the pandemic has hit services and treatments for those with rare diseases.

The engagements follow on from a busy summer for Felipe and Letizia who spent much of July and early August touring Spain to show their support for work going on to rebuild the economy and tourism in the wake of coronavirus.

They have also faced growing debate about the Monarchy in the wake of King Juan Carlos’ decision to leave Spain as allegations continue to be made against him of financial corruption. The king, father of Felipe VI, announced his exile on August 3rd 2020 having already left the country he ruled for almost forty years. It was later confirmed he had travelled to the United Arab Emirates.