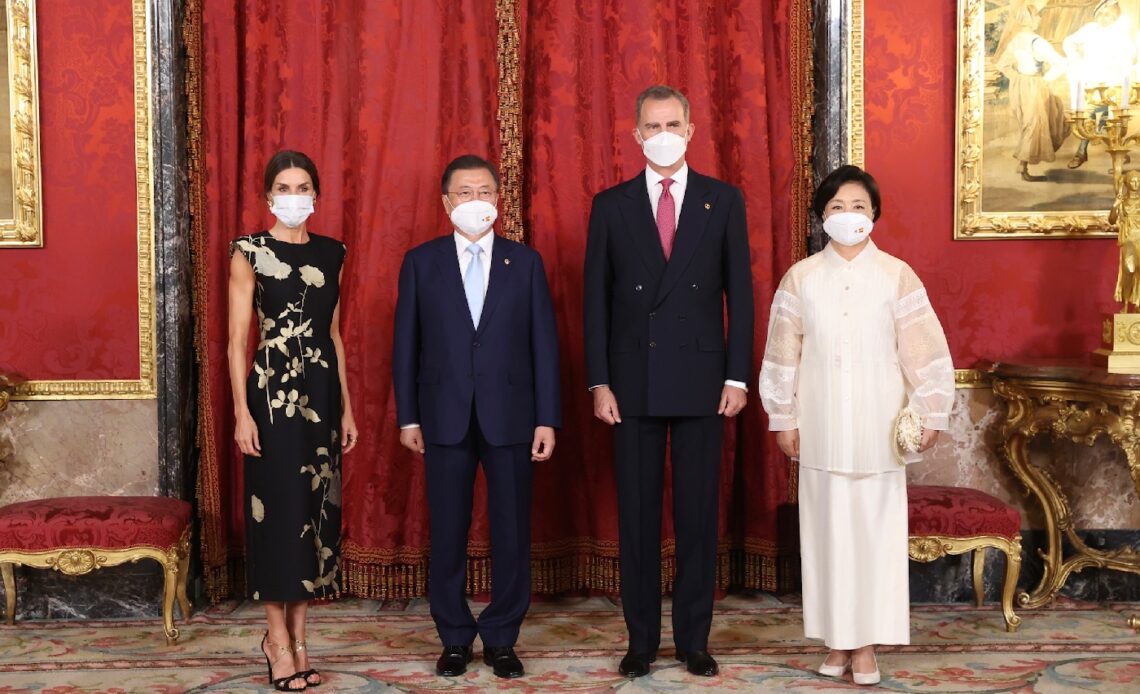 King Felipe and Queen Letizia of Spain have received President Moon Jae-in and First Lady Kim Jung-sook of South Korea as they hosted their first State Visit in over a year.

The Official Welcome Ceremony took place at the Royal Palace of Madrid, on June 15th 2021, where the King and President Moon inspected an honour guard, followed by a meeting between the royals and the President and First Lady.

President Moon will attend a meeting tomorrow with Pedro Sanchez, Prime Minister of Spain, and other government officials. In addition, Queen Letizia will visit the head offices of the ONCE Foundation with the First Lady. ONCE focuses on raising funds for the blind and visually impaired.

The state visit will conclude with President Moon and the South Korean delegation attending a business conference in Barcelona Wednesday evening.

“Spain and South Korea share similar values and principles, including democratic institutions, respect for the rule of law, and human rights. We are greatly pleased to host the President and First Lady, especially after the warm hospitality in which we were received two years ago during our state visit there. We could hardly have imagined the coronavirus pandemic that was to come, as well as the vast economic and social consequences that we will see unfold in our countries and the world. It is during these trying times, however, that we see who our true friends are and only strengthen the strong ties between Spain and South Korea.“

The King and Queen visited South Korea in 2019 on a three-day state visit. The couple attended the enthronement of the new Emperor of Japan, Naruhito, the day before.