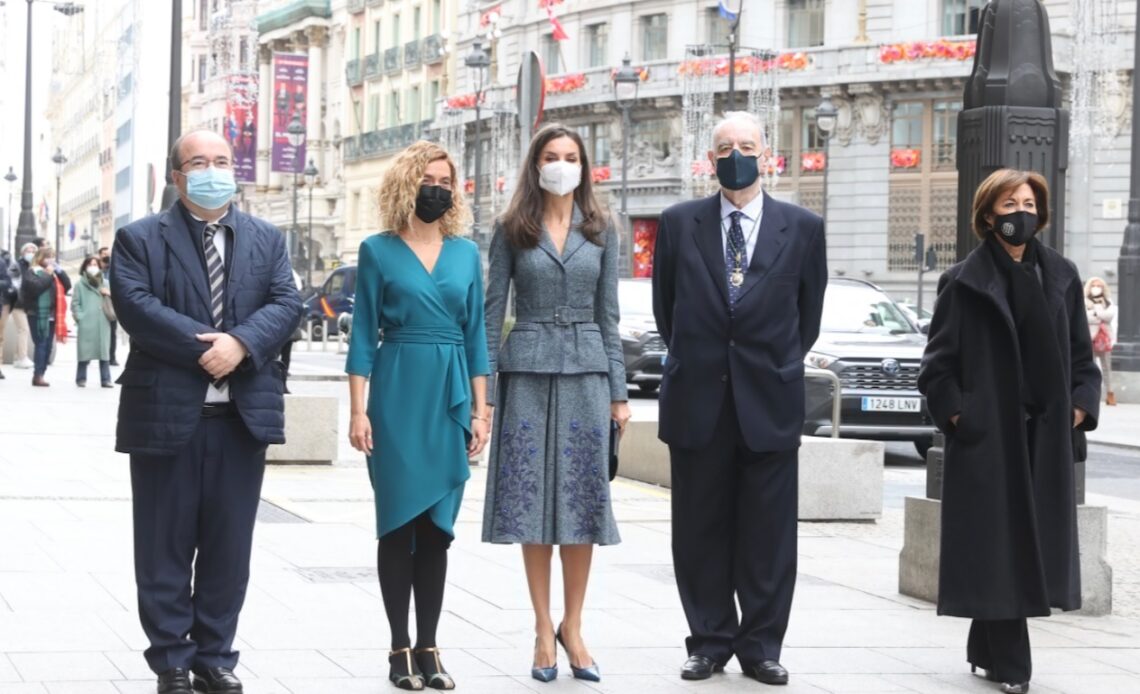 Spain’s biggest royal headlines over the past few days reached their peak when Infanta Cristina and Iñaki Urdangarín announced their separation with a short statement released to EFE, Spain’s national news agency.

The announcement, on January 24th 2022, came at the start of a busy week for Spain’s royals. As the news broke, King Felipe was already on his way to Puerto Rico, where he will celebrate the 500th anniversary of the creation of its capital San Juan. Queen Letizia was handing out the Medal of Fine Arts to a Spanish association.

Her Majesty arrived at the Royal Academy of San Fernando accompanied by the President of Congress Meritxell Batet and the Minister of Culture and Sports Miquel Iceta, as well as authorities from the Royal Academy and Hispania Nostra, the association that received the medal.

The Medal of Honour of the Royal Academy of Fine arts of San Ferdinando is awarded each year to a person or institution, Spanish or foreign, that has demonstrated particular excellence in studying or promoting fine arts, protection of the National patrimony or that has distinguished itself in their services to the National Corporation.

Hispania Nostra received the prize this year because of their relentless work, since 1976, in protecting the National heritage, as well as divulging information and education about it, according to the citation for the prize that was read after the association’s representatives received the medal and diploma from the hands of Queen Letizia.

Meanwhile, King Felipe was flying the 6370 kilometres from the Spanish capital to the Puerto Rican city of San Juan, where he touched down at about 1am Madrid time, after a 9 hours flight.

So the Spanish Royals tried to keep things as normal as possible while the marriage of Infanta Cristina and Iñaki Urdangarín was announced as “interrupted” – a sad but expected conclusion after images appeared in the press last week of Urdangarin holding hands with another woman.