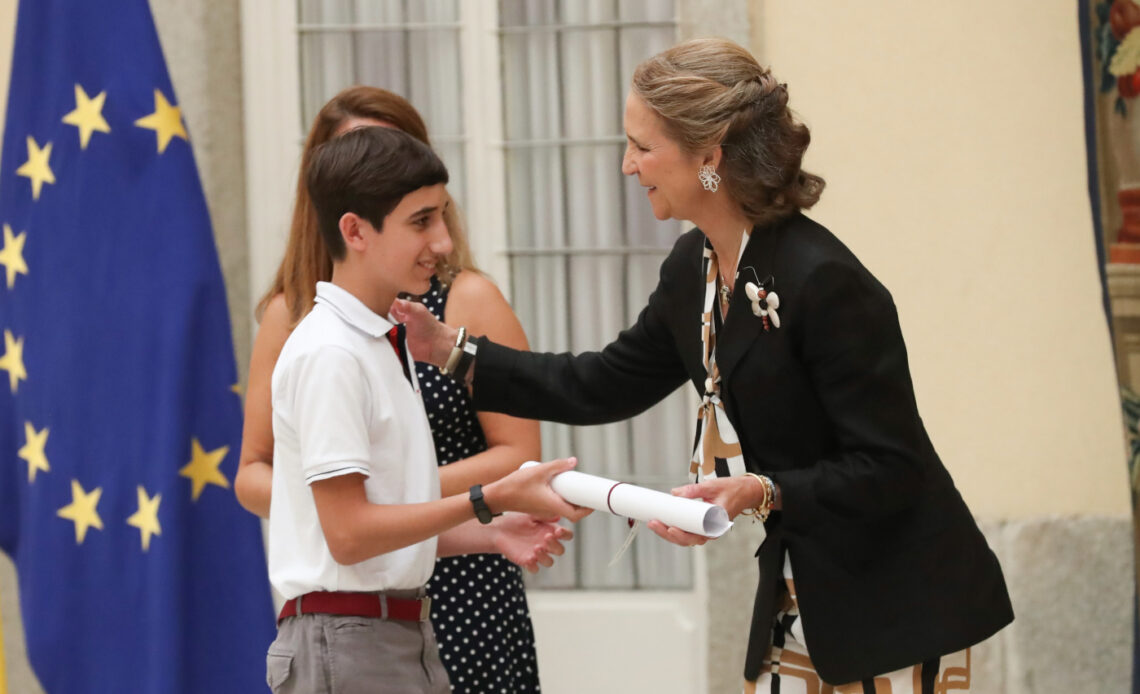 Infanta Elena has handed out the prizes at an annual arts contest for children and young people at a ceremony at the Pardo Palace.

The eldest sister of King Felipe VI presented the awards at the event which encourages young people to celebrate their national heritage.

It was a rare public appearance for the Infanta.

Elena was welcomed to the Pardo Palace by members of the management of the National Patrimony, which looks after many of Spain’s most historic buildings. The Infanta then heard speeches by organisers of the competition before a musical recital by a saxophone quartet.

The presentation saw recognition for six main winners as well as several highly commended entrants. There were also prizes for the schools that the winning pupils attend.

The Infanta was then shown the winning entries by the young artists in a special exhibition on the Patio de los Austrias at the Pardo Palace.

Elena is the eldest child of King Juan Carlos I and Queen Sofia but Spanish succession laws give preference to men ahead of women. She is currently third in line to the throne of Spain, following the two daughters of King Felipe, Princess Leonor and Infanta Sofia.