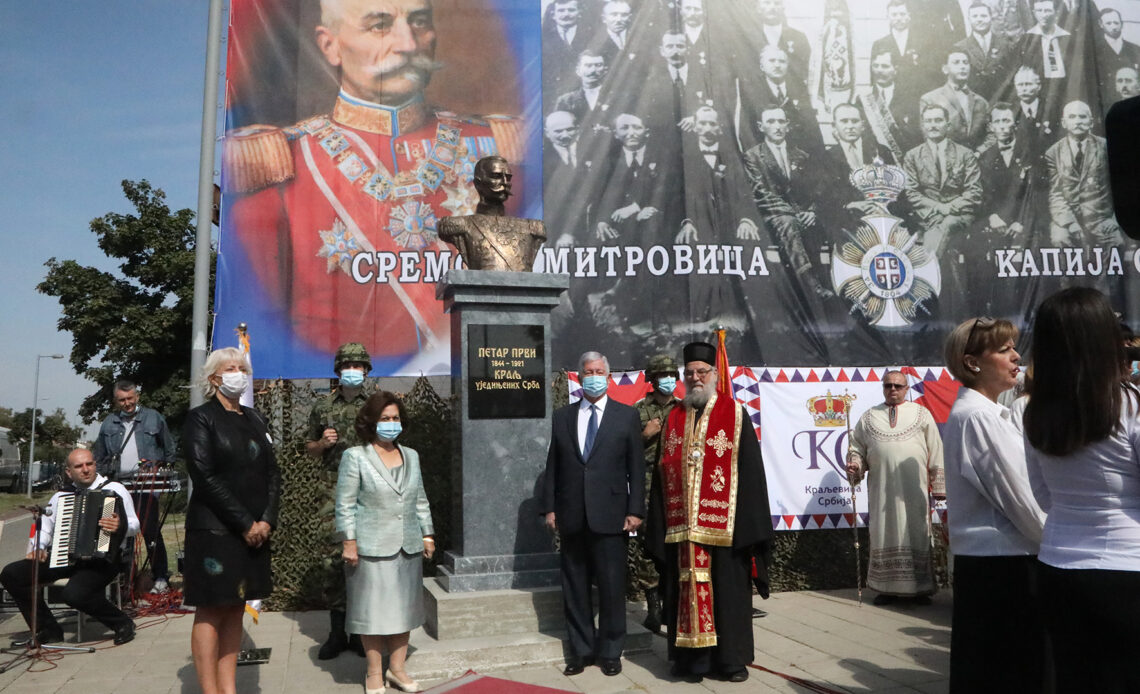 Crown Prince Alexander of Serbia unveiled this Sunday a monument of his great-grandfathe,r King Peter I. Crown Princess Kathrine also attended the ceremony. The bust of the King Liberator, by Drinka Radovanović, was cast as part of the effort to commemorate the greatest Serbian rulers in history.

In an emotional address, His Royal Highness said during the ceremony: “One hundred and sixteen years ago, my great-grandfather was crowned the King of Serbia. His reign was marked by a great degree of political freedom, freedom of the press, national, economic, and cultural improvement, which is why it is rightly called the golden age of Serbian democracy. As a young man, my great-grandfather translated the book “On Liberty” by the English politician and philosopher John Stuart Mill. In the preface, which later became his political program, he said: “Freedom opens the eyes of the people, gives them the opportunity to develop their virtues and to invest them in the activities which, in cooperation with other nations, bring all humanity closer to the goal, which is intended by God.” I am deeply grateful to everyone who helped the memory of my great ancestor, King Peter the First, to continue to live among the new generations of Serbia”.

King Peter I of Serbia reigned as the last King of Serbia from 1903 to 1918 and as the very first King of the Serbs, Croats and Slovenes from 1918 to 1921. Since he was the king of Serbia during a period of great Serbian military success, he was remembered by the Serbian people as King Peter the Liberator. He married Princess Zorka of Montenegro, daughter of King Nicholas, in 1883.

As king, he advocated a constitutional setup for the country and was famous for his libertarian politics. The rule of king Peter was marked with great exercise of political liberties, freedom of press as well as national, economical and cultural achievement. King Peter was the supreme commander of the Serbian army in the Balkan wars. Because of his age, on 24 June 1914, he proclaimed his son, Alexander, heir-apparent to the throne, as regent.