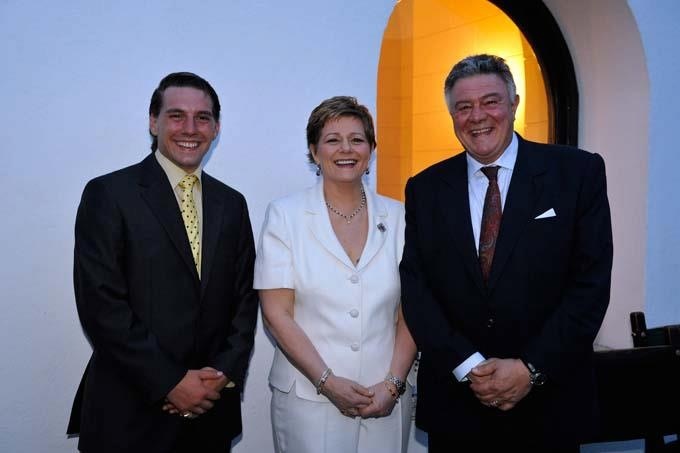 The former Prince Nicholas of Romania and his wife, Alina-Maria, have welcomed the arrival of their first child. Their daughter, Maria-Alexandra, was born at the Polizu Hospital in Bucharest at 8:05 pm on Saturday, 7 November 2020. Former Prince Nicholas announced this in a statement over the weekend.

The full statement from Nicholas stated: “It gives me great pleasure to announce the birth of my daughter, Maria-Alexandra, on 7th November. My wife Alina Maria was safely delivered at 20:05 at the Polizu Hospital in Bucharest. Alina Maria and our daughter are both well and healthy. This is a very special moment for our family, and we are grateful for the support and shared excitement of Romanians, but especially the efforts of the medical staff during these challenging times.”

The Romanian Royal Family has expressed their congratulations on Twitter, where they wrote: “Princess Elena of Romania learned with joy of the birth of her second granddaughter, Maria-Alexandra, the daughter of her son, Nicholas Medforth-Mills, and his wife, Alina and wishes her good luck, wisdom and health!”

Nicholas has another daughter, Iris Anna, through a previous relationship; she was born on 9 February 2016.

The former Romanian Prince, now usually addressed as Nicholas of Romania or Nicholas Medforth-Mills, and his wife, Alina-Maria, were civilly married on 6 October 2017 and religiously married on 30 September 2018. Nicholas is the son of Princess Elena of Romania and the late Dr Robin Medforth-Mills. This makes him a grandchild of King Michael of Romania and a nephew of the present head of the Romanian Royal Family, Her Majesty Margareta, Custodian of the Romanian Crown.

Nicholas and Alina-Maria live in Bucharest. As a grandson of Michael, the former King of Romania, Nicholas was third in line to the throne of Romania according to a new family statute enacted in 2007 that also conferred the title of “Prince of Romania” on him. That was abrogated in 2015.