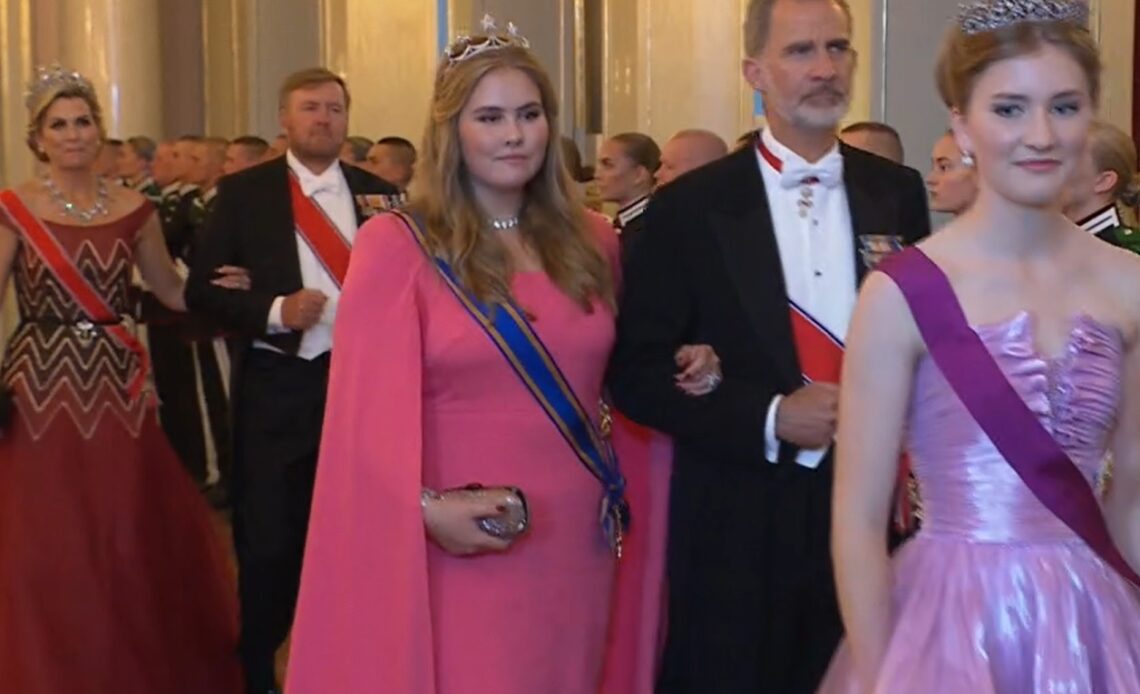 Princess Catharina-Amalia, a future queen and self-described expert on tiaras, has made her tiara debut in Norway, wearing the same tiara her mother wore on her wedding day in 2002.

Last November, to coincide with her 18th birthday, Princess Amalia worked with Dutch actress and comedian Claudia de Breij on an authorised biography to introduce herself to the public. In that book, Amalia, she admitted that she loves jewellery and especially tiaras.

“I love tiaras. Show me a tiara, and I’ll know where it came from. I can recognise all the tiaras of Europe. I used to put them on from my mother. Then there would be one on her make-up table, and I would have it directly on my head.”

A photo released for her birthday showed Princess Amalia as a little girl wearing the Ruby Mellerio Tiara, though, for her tiara debut on Friday, her choice in jewellery was a little more understated.

Princess Amalia appeared in Oslo wearing the Dutch Star Button Tiara, a tiara worn by Queen Máxima on her 2 February 2002 wedding day and one with serious historical provenance for the queens of the Netherlands.

The Star Button Tiara was specially crafted for Máxima on her wedding day—the star points originally belonged to Queen Emma and were most frequently worn as hair ornaments and brooches and were swapped out for the tiara’s pearl buttons to add pizzazz to Máxima’s wedding style.

She wore the Star Button Tiara twice more in that iteration, at the weddings of Princess Märtha Louise in 2003 and Crown Prince Frederik in 2004.

Princess Amalia was one of three future queens who made their tiara debut on Friday evening. Princess Ingrid Alexandra of Norway received a special tiara for her birthday, one that belonged to Princess Ingeborg of Sweden, her great-great-grandmother.

Princess Astrid said in an article on the Norwegian Royal Family’s website: “It means a great deal to me that the tiara has now been given to Princess Ingrid Alexandra.”

Princess Elisabeth of Belgium also made her tiara debut on Friday, wearing a floral tiara whose history and provenance are as of now unknown.