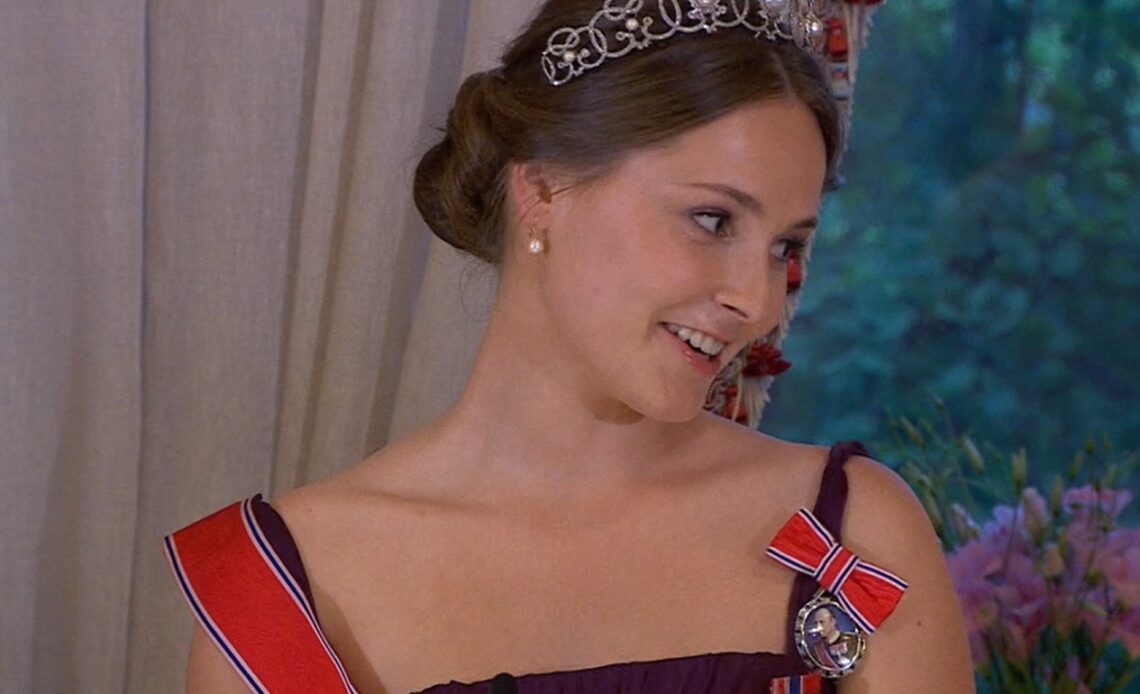 Ahead of the gala dinner at the Royal Palace in Oslo for Princess Ingrid Alexandra’s 18th birthday, a special photo of some of the future monarchs of Europe was released by the Royal Court.

The image was taken in the Bird Room of the Royal Palace and featured four future queens and one future grand duke.

Princess Amalia of the Netherlands, 18, Princess Elisabeth of Belgium, 20, Princess Ingrid Alexandra of Norway, 18, Princess Estelle of Sweden,10, and Prince Charles of Luxembourg, 2, were photographed for a historic image in Olso as all will one day be monarch in their respective countries.

It was a special photo as it was the first tiara appearance for Amalia, Elisabeth and Ingrid Alexandra, who have all come of age during the global health crisis. They were each seen wearing their royal house orders for the first time, as well.

The Royal Court also released a photo of all the royal guests at the birthday celebrations and a new family photo taken ahead of the dinner.

The image of all the royal guests was taken in the Lille Festsal and featured royals from Belgium, Bulgaria, Denmark, Greece, Luxembourg, Netherlands, Norway, Spain and Sweden.

King Harald and Queen Sonja are seated in the front, with Ingrid Alexandra placing a hand on both their shoulders.