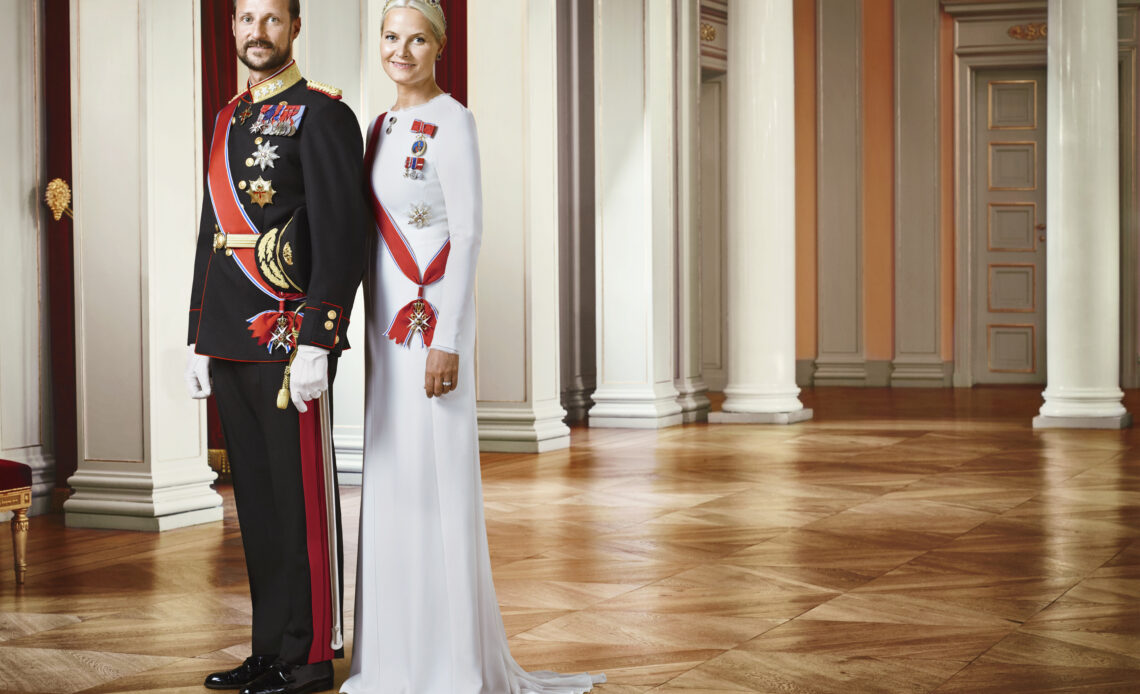 As the Crown Prince and Crown Princess of Norway mark their 20th wedding anniversary, we take a look at the royal guests at the first big royal wedding of the 21st century.

From outside Norway, there were representatives from Belgium, Denmark, Greece, Luxembourg, Monaco, Netherlands, Spain, Sweden and the United Kingdom.

The Principality of Monaco was represented by the Hereditary Prince Albert (now Sovereign Prince Albert), who attended in place of his father, Prince Rainier. The Prince of Orange (now King Willem-Alexander) and his fiancée, Máxima Zorreguieta (now Queen), represented Queen Beatrix; they were joined by Prince Constantijn and Princess Laurentien.

Queen Sofía of Spain attended on behalf of her husband, King Juan Carlos. Their son, the Prince of Asturias (now King Felipe), accompanied his mother.

While The Queen did not personally attend, the Prince of Wales made the trip to Norway alongside his younger brother and sister-in-law, the Earl and Countess of Wessex.