The royal funeral that united a nation in grief 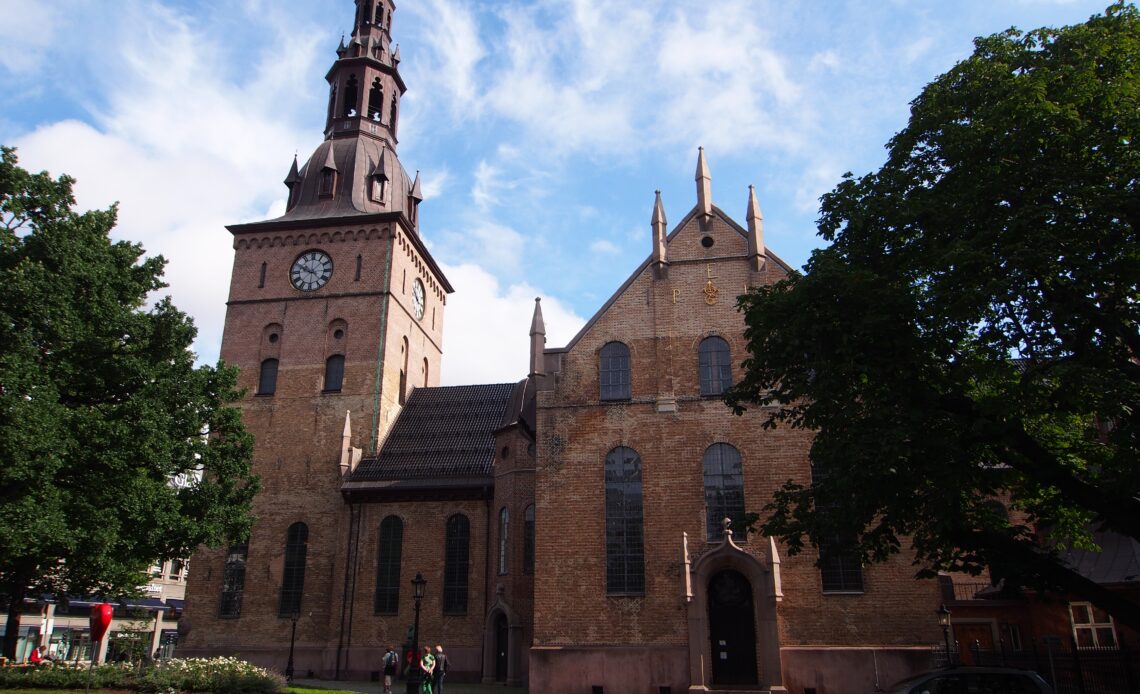 This year marks the 30 years since King Olav V died and his son took over as Norway’s new king. The official announcement of King Olav’s death, on January 17 1991, was given by the King in Extraordinary Council of State at the Palace at midnight. On January 18, King Harald gave his first speech as monarch, in which he remembered his father and asked for the support of the people in the duty that now lay before him. A few days later, on 21 January, King Harald gave his oath to the Constitution.

In the days before the funeral of King Olav, heads of state and royals from all over the world arrived in Oslo. Heads of state from over 150 nations were represented at the funeral. Royals from all monarchies around the world were represented. From Great Britain, The Prince of Wales and The Princess Royal participated; they were personal guests of Crown Prince Haakon and lived at Skaugum during their time in Norway in 1991. The Danish and Swedish royals lived at the castle in Oslo. The then King of Spain, Juan Carlos, even flew the plane that took him and Queen Sofia to Oslo. From the Soviet Union came the nation’s vice president, Gennady Yanayev.

On 30 January 1991, King Olav V was laid to rest. A large crowd followed King Olav to his final resting place. More than 100,000 Norwegians stood along the streets in Oslo while the King’s coffin was taken forward slowly. The participants have since said that they have never experienced such a sad atmosphere before or after. The whole of Oslo was quiet, the only thing you could hear were horseshoes against the ground, the church bells and cannon shots in the distance.

The funeral took place in Oslo Cathedral, where Bishop Andreas Aarflot officiated. Prime Minister Gro H. Brundtland said in her speech during the funeral: “King Olav was the king of the whole people. He became a role model for us all through his tireless efforts, through his secure leadership and through his true warmth. The children have said it so simply, he was the kindest king in the world.”

After the ceremony, the coffin of the monarch was brought to the Castle Church at Akershus Fortress, where the final burial took place. King Olav was then laid to rest in the Royal Mausoleum, by his wife’s side. He and Crown Princess Martha are now in the same sarcophagus. In the sarcophagus next to it are his mother and father, King Haakon VII and Queen Maud.

Losing King Olav was a great sorrow for the Norwegian people. King Olav was a much-loved monarch, largely due to his efforts for Norway during World War II. Otherwise, King Olav was very traditional and old-fashioned in many ways. All school children in Norway were gathered in auditoriums that day and watched the funeral on national television. When the funeral was going on, all traffic in Norway was stopped. Cars stopped on the side of the highways and heard the funeral on the radio while buses, trains and planes were halted in respect for the King. All churches all over Norway rang their bells, both the day after King Olav’s death and the day he was buried. All shops in Norway were closed in respect between  11am and 2pm on the day of the funeral.

From the day King Olav died until the funeral, the King’s Flag was flown at half mast and mourning ribbons were attached. After the ceremony at Akerhus Fortress, the royals returned to the palace in Oslo. According to old tradition, the mourning ribbons were removed and the flag of the King was raised to the top the moment King Harald came out on the balcony with his family. It was a powerful and poignant moment, showing that King Olav’s reign was officially over and that King Harald’s time had begun. When the royals came out on the balcony, people spontaneously started shouting “Long live the King” before singing the national anthem and then the royal anthem.