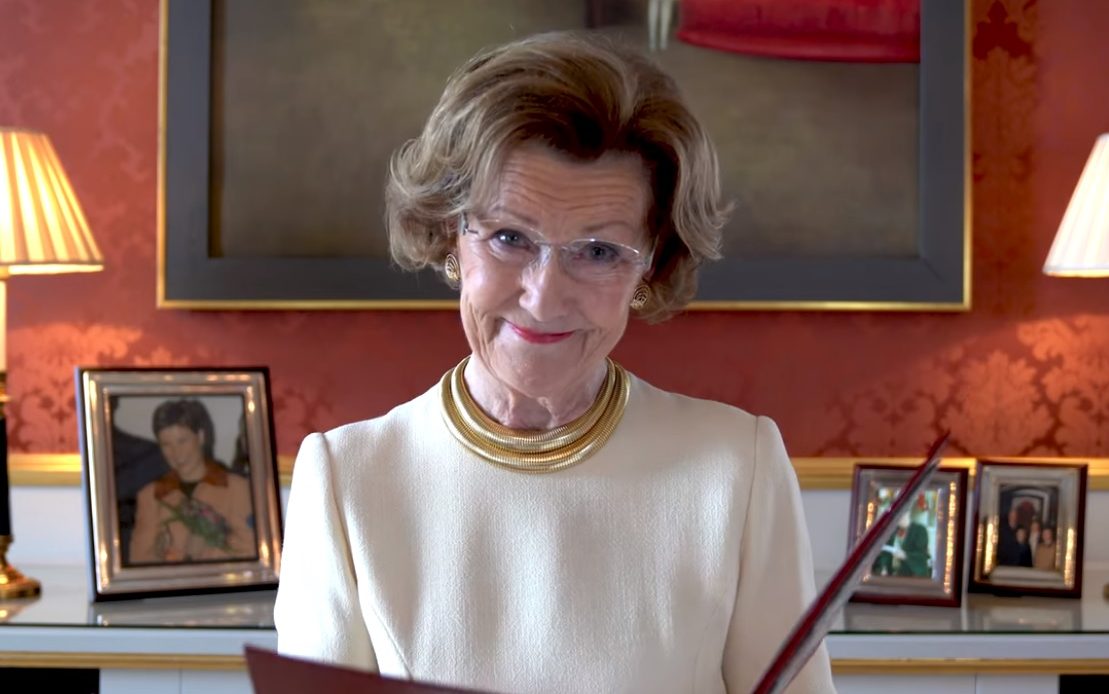 For seven days, a group of 11 men skied from Hardanger to Oslo. The goal has been the Royal Palace in a the long trip they have called Queen Sonja’s salute march. The goal was to capture the Queen of Norway’s attention in an attempt to invite her to this year’s music festival in Hardanger. It was a tired, but happy, group that arrived at the final destination of the trip, the Royal Palace, on March 12th, a full week after setting off. In the recent days, the group has encountered most of what a Norwegian winter can offer, everything from glorious sun to strong winds and snow.

Due to infection control rules, it was unfortunately not possible for the skiers to meet the Queen in person. Rather, they were invited to a Facetime conversation with the Queen. Following the talk the Queen suddenly appeared in one of the castle’s windows, opened the window and waved to the skiers and all the others who had turned up at the Castle Square that day.

The group also had some gifts for the Queen. Among other things, she was gifted one of the last skis that was produced at the old Utne ski factory in Hardanger. On the ski, the names of everyone who had taken part in the salute march were engraved. The Queen was also presented with an invitation to the Hardanger Music Festival, which kicks off later this year.

The Queen told the men that she thought this was a very original way of delivering an invitation and could assure them that no one had tried this variant before. She spoke of following their adventure on the internet with excitement, when the group have posted updates along the way.

Hardanger Music Festival should actually have been in the spring of 2021, but due to the pandemic, it has been postponed until November. When it does go ahead, it will mark the 25th time the festival has taken place and if the Queen comes it would be the second time she herself participates in the festival. The festival has in recent decades been an important arena for classical music in Western Norway and has organised concerts in many historically important places.