Her Majesty Queen Sonja of Norway celebrated International Women’s Day in Oslo together with women from minority groups. The Queen attended a late breakfast in Oslo with the women. The so-called “Empowerment-breakfast” focussed on challenges faced by the women.

During the breakfast, the women entertained the Queen. A song by Tseng Wei Ting was performed and Fakhra Salimi, head of the MiRA Center, welcomed the Queen and held a short speech. The Queen then joined in a debate about the gender equality challenges faced by young women with a minority background. Hanne Bjurstrøm held a lecture about women’s solidarity, community and gender equality and anti-discrimination.

The public was also invited to contribute their own perspectives during the breakfast. Regina Adaha is the leader of the Pan African Women’s Association in Norway and she was the first to publish a report on integration and rights information for women with African backgrounds in Norway. She had the honour to discuss this with the Queen. 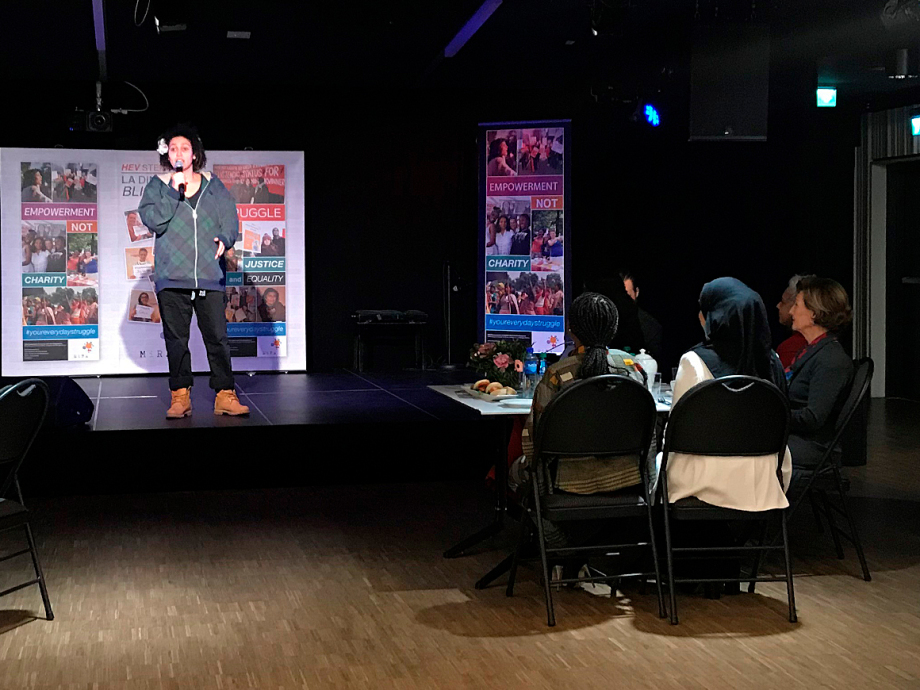 Thereafter, Attia Mirza, who is volunteer in the Alna district of Oslo, spoke about her project “For cohesion in diversity”, followed by Susan Rakhsh, sociologist and refugee consultant in the Oslo municipality, and Naoual Dendane who volunteers at the MiRA center and has been particularly engaged in projects on first aid and swimming. Eva Marie Schreiber from “ULOBA-independent living Norway” concluded the lectures. ULOBA is an organisation which is owned by disabled people and works with user-driven, personal assistance. The breakfast was concluded with several other cultural performances.

The breakfast was held in the “Mela-house” in Oslo city centre. The Mela-house promotes cultural and artistic expressions related to Norway as a result of immigration. The house works to increase knowledge and expertise about these cultural expressions, and to create space for activities and experience. The MiRA Center and MELA believe that if they are to succeed in securing full rights for all women, minority women must speak up. They have to represent themselves – and be listened to.