Yesterday, Her Majesty Queen Sonja of Norway was back at work following the news last week that she had an infection in the leg. Together with her husband, His Majesty the King, they started their county tour to Hordaland in the western part of Norway.

It was on Tuesday of last week that Her Majesty Queen Sonja of Norway fell ill, and the Norwegian Royal Court made the announcement that morning. The Royal Court revealed that the Queen had an infection in the foot, and as a result, she could not participate in the state visit from South Korea.

Five municipalities in Hordaland are to be visited, and Tuesday morning the King and Queen went ashore in Jondal. The King and Queen will use the Royal Yacht “KS Norge” as a base during the journey. At the Juklafjord outdoor recreation area, Their Majesties were able to visit small houses that provided insight into local food production, boat building and the tourism industry in Jondal. King Harald and Queen Sonja got a taste of lefse and to look more closely at a “church boat”. 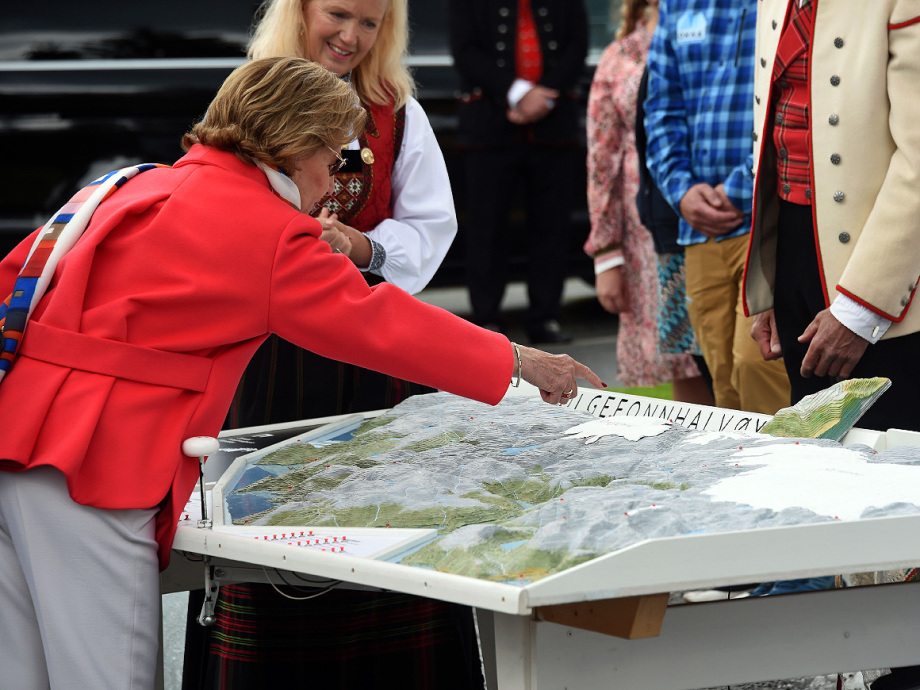 Queen Sonja has visited the area several times and was able to point out many famous places on the model over Folgefonna glazier. An excellent cultural programme was prepared for the King and Queen, which included entertainment from the pupils from Jondal school with dance and music.

During the visit to Odda, Her Majesty held a speech. Queen Sonja said: “It is a great pleasure for the King and me to start the county tour of Hordaland – in Hardanger, and here in beautiful Jondal. And what a brilliant way to start our journey! Dear everyone! This is our first official visit to Jondal, and we thank you for the warm welcome we have received.”

The Norwegian royal yacht “Norge” while the ship is in the Oslofjorden. Photo: Oskar Aanmoen.

The royals then travelled on to Odda, and the Odda Music Team played “Norway in Red White and Blue” when the King and Queen went ashore there on Tuesday afternoon. During the walk in the pedestrian zone, the King and Queen learned more about the villages Skare and Røldal. In the local park, a folk party with speeches and singing took place.

During the visit to Odda, His Majesty gave a speech in which he said: “The Queen and I have been looking forward to coming here. Odda is a special place with a proud history. The story of Odda and the people here is about a separate stubbornness. About struggle, will and perseverance. About love for the home and for a special connection to the great world.”

The Children’s Choir from the Cultural School, with assistance from the Tyssed choir, sang the royal anthem after the speech from His Majesty the King. 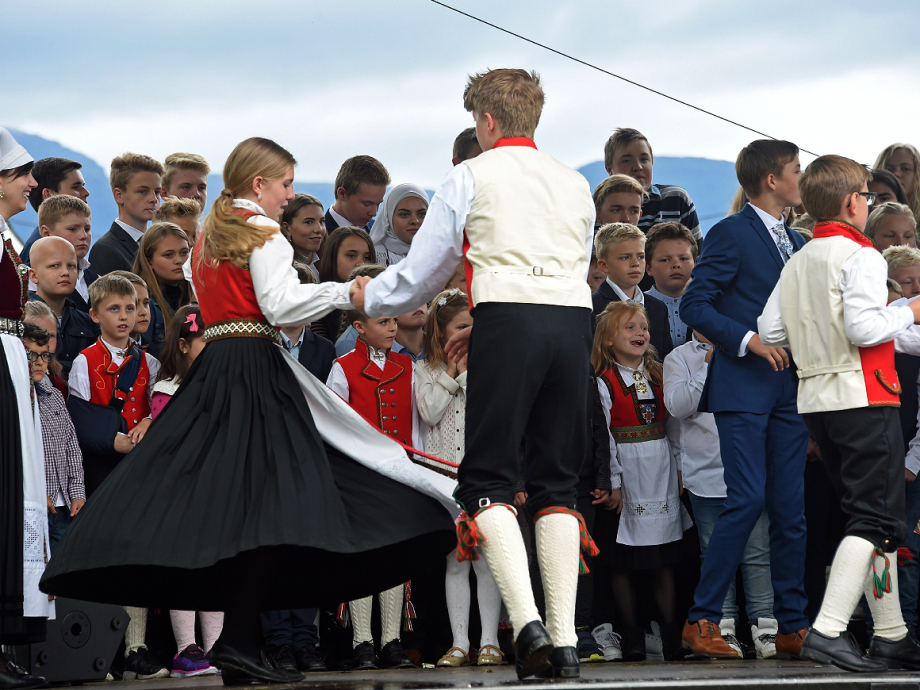 Odda was hit by floods in 2014, and in Hjøllobrua, the King and Queen met the Granheim family who lost their home to the water masses at that time. The royal couple heard about that dramatic day and about the work to secure the city against new floods from the river.

The day concluded with dinner at the famous Tyssedal power plant. The architects got inspiration from cathedrals in Italy when they designed the impressive building at Sørfjorden.

On Wednesday, the journey continues to the municipalities of Granvin and Ulvik.