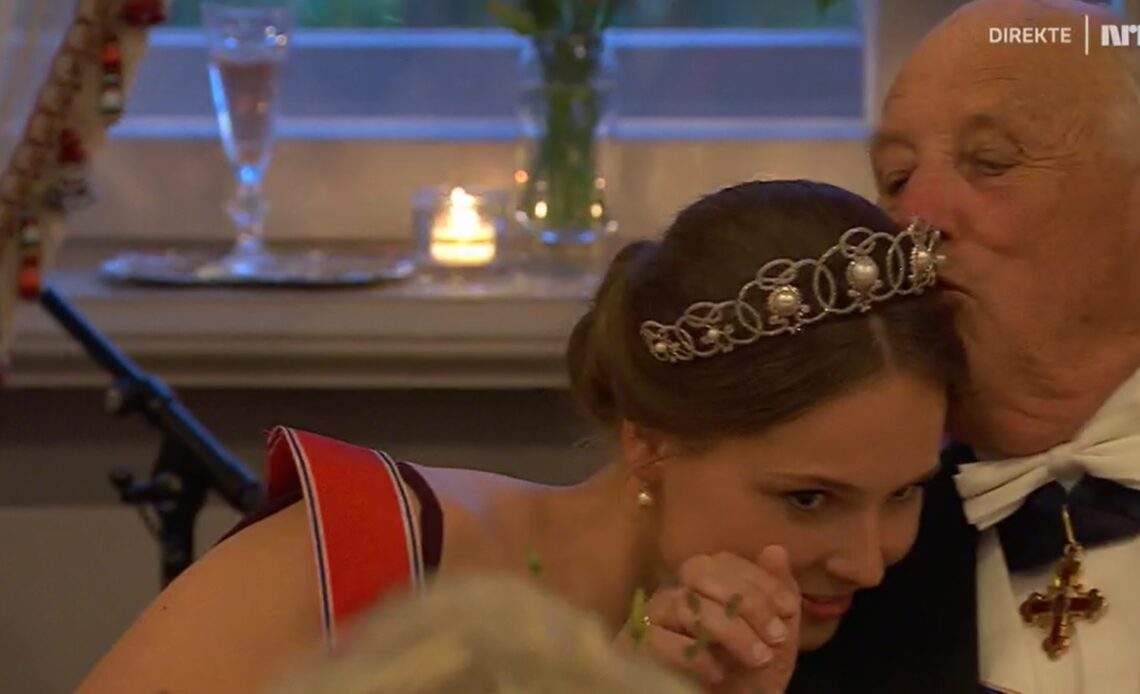 What I love most about the Norwegian Royal Family is that their love for each other, their sense of family and closeness, is always on display, whether they’re sharing photos of their summer vacations on their Instagram account or attending a formal gala event.

As the star of last week’s festivities, Princess Ingrid Alexandra was centre stage alongside her father, Crown Prince Haakon, and grandfather, King Harald, to showcase the line of succession and the continuity of the Norwegian Royal Family.

But beyond this symbolism of state and history, I want to focus on the lasting image we got of the closeness between grandfather and granddaughter: the doting Princess Ingrid Alexandra constantly checking on her elderly grandfather over the course of Thursday and Friday’s events; seated next to him and learning from his example.

In a speech at Friday evening’s gala dinner, King Harald toasted his headstrong and independent granddaughter, remarking on his pride at seeing Princess Ingrid Alexandra of age and undertaking the first of her life-long royal duties.

“You joined me in the Council of State for the first time—thankfully without a veto, since one never knows what a young woman with strong views like you might stir up!” he joked in front of an audience that included many crowned heads of European royal families, members of the Norwegian government, and her own family.

The King also shared his advice to Princess Ingrid Alexandra: “I have told you this many times before, Ingrid, but a grandfather is allowed to repeat his most important piece of advice over and over: Be yourself. And trust that that will be enough—always.

“When your turn comes, I hope you will have the same experience that I have been lucky enough to have throughout my life and calling: that there are many people ready to help and support you. Our institutions, official agencies and organisations, have been here for a long time. Together with people from across the country, they will help to give you strength and will be of great support.

“But all in due time, and not for a good while yet.”

The King also touched upon the ever-changing world Princess Ingrid Alexandra finds herself in, a symbol of history and modernisation at the same time, as climate change wreaks havoc, wars break out in Europe, and the effects of the pandemic continue to grow before closing his speech with, “My dear Ingrid, thank you for allowing us to follow along as you grow and mature. I love you very much and wish you all the best on your journey ahead.”

Later in the evening, Princess Ingrid Alexandra gave her own speech, specifically thanking her grandfather for the peace he gives her and the jokes he shares: “I always have such a good time when I am with you. Thank you for the evenings on the Royal Yacht, where we sit together and watch sports and cowboy movies. And thank you most of all for always having a good joke ready when the mood gets a little gloomy.”

For me, a lasting image of Friday evening’s festivities—beyond the glamour of seeing four future queens and one very adorable future grand duke formally gathered for their first official group portrait—will be the photos of King Harald and Princess Ingrid Alexandra sharing private moments at the head table.

A doting grandfather and a doting granddaughter, both comfortable and content with the direction of the future because they have been able to rely on each other for love and strength and doing their best for Norway.