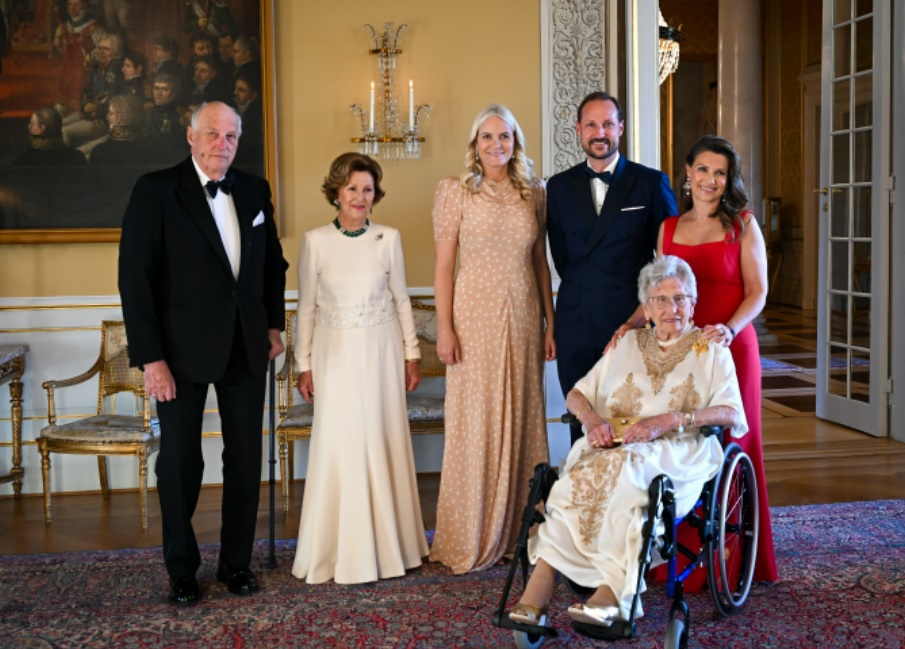 The pandemic has prevented the Norwegian, and other European, royal families from being able to hold larger dinners. But now, this is changing. Norway is now a country completely without any kind of restrictions. And so King Harald has hosted to a grand dinner to thank all the Norwegian athletes who participated in the Olympic and Paralympic Games in Beijing.

In addition to the royal family represented by the King, Queen, Crown Prince, Crown Princess, Princess Astrid and Princess Martha Louise, all 96 athletes who represented Norway were present during the dinner. Norway took medals in all the exercises the nation competed in, and the athletes went home with a total of 37 medals. In total, there were 144 guests at the table`s in the Great Dining Room at Oslo Royal Palace.

The Norwegian Armed Forces Staff Music Corps played while the guests arrived at the dinner. King Harald gave the evening’s welcome speech in which he thanked the sports stars for their efforts for Norway.

King Harald said: “It is so nice to see you all in such beautiful clothes! You are almost unrecognizable from the way we usually see you: Sweaty and tired! Nevertheless, your great mood seems to be the same. Fortunately, we recognize that”.

After the King had welcomed the guests, asparagus and marbled salmon were served as starters, followed by duck breast as a main course and plum and caramel tart with ice cream for dessert. Finally, the Norwegian artist, Dagny, took to the stage in the Great Dining Room and sang three songs to conclude the evening.

Highlights from the dinner were broadcast on NRK, Norway’s largest TV channel. Many were surprised when they saw Princess Astrid, the king’s older sister, in a wheelchair. The 90-year-old princess has previously used two crutches to support herself and this is the first time she has had to use a wheelchair in public.