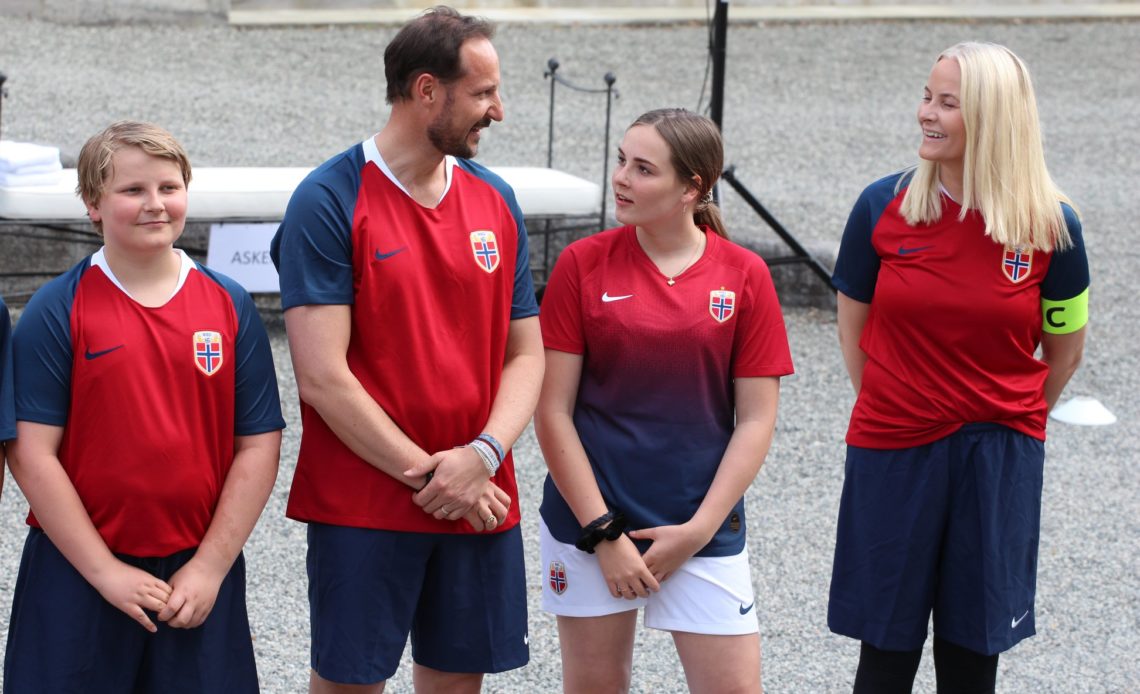 Then it was just a matter of finding the right life jacket, adjusting the paddles and getting up in the kayak before the Crown Prince Couple and the young people set course for Ytre Vassholmen, a small islet located in the Oslo Fjord. The Crown Prince and Crown Princess received many good tips from the skilled paddlers on their tour. After a short paddle trip in glorious summer weather, the entourage arrived at the islet, where they were received by Secretary General of Norwegian Outdoor Life, Bente Lier and project manager for diversity and inclusion, Tonje Refseth.

Norwegian Outdoor Life is a joint association that brings together 18 voluntary outdoor life organisations. Together, they embrace over 5,000 teams and associations across the country. They can report that in the last year they have seen that many new groups have found their way to outdoor life.

Out on Ytre Vassholmen, the Crown Prince Couple and the young people had the opportunity to taste both samosa and chili con carne, before the meal ended with raisin buns brought by the Crown Prince Couple from the Skaugum Estate. To the TV-channel NRK His Royal Highness the Crown Prince said: “It has been a different year and many have sought out nature. It is very important with all the volunteers who work to facilitate for people to get out”.