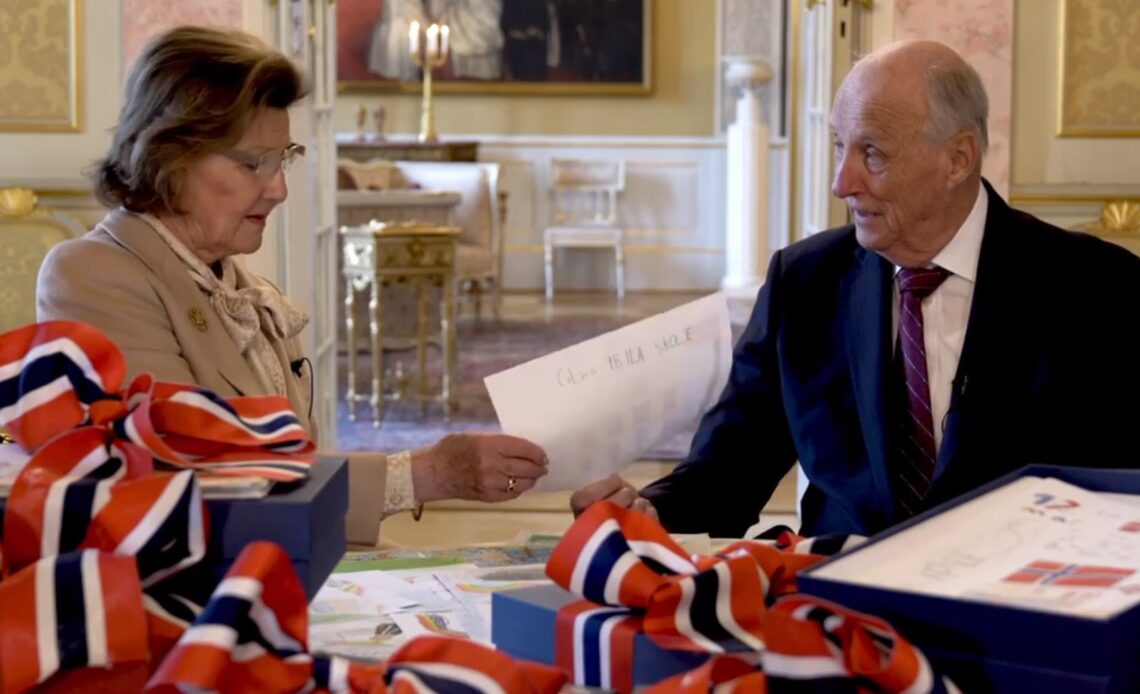 When Norway celebrated its National Day last year on 17 May, King Harald and Queen Sonja received more than 4.000 drawings from children in Oslo. As Norway marks its special day in 2021, at the request of the King and Queen, a selection of the drawings that the royals received in 2020 has now been exhibited. They will be on show in Castle Park outside the Royal Palace for the next few weeks.

It is a tradition that Oslo’s schools go on a May 17 parade across the Palace Square, where the Royal Family welcomes them from the Palace Balcony. When that was not possible last year, the mayor invited the children to send in drawings to the Royal Family and tell about their best May 17 memories.

King Harald and Queen Sonja looked through the drawings that can now be seen along the trails through the park. It was Oslo’s mayor, Marianne Borgen, who took the initiative for the drawings in 2020 and on National Day 2021, she was present when the small exhibition was opened in the Castle Park. Eight soloists from Norway’s most famous choir “Sølvguttene” also participated in the small ceremony that opened the exhibition. The King and Queen followed the ceremony from inside the palace.

It was not possible to hold a larger parade during this year’s celebration either. It is also expected that many children across the country this year will send their drawings to the royal family. It is expected that King Harald will receive more than 8.000 drawings from all over Norway this year, double what he received last year. Most of the drawings contain one of three elements, the king with a crown, the royal palace or ice cream. It is a common tradition in Norway for Norwegian children to eat as much ice cream as they want on the country’s national day.

Norway marks 17 May as its Constitutional Day; it was on this date in 1814 that Prince Christian Frederik of Denmark and Norway proclaimed Norway’s constitution and was elected King of Norway. Apart from the United States Constitution, the Norwegian Constitution is the oldest constitution in the world that is still in use.