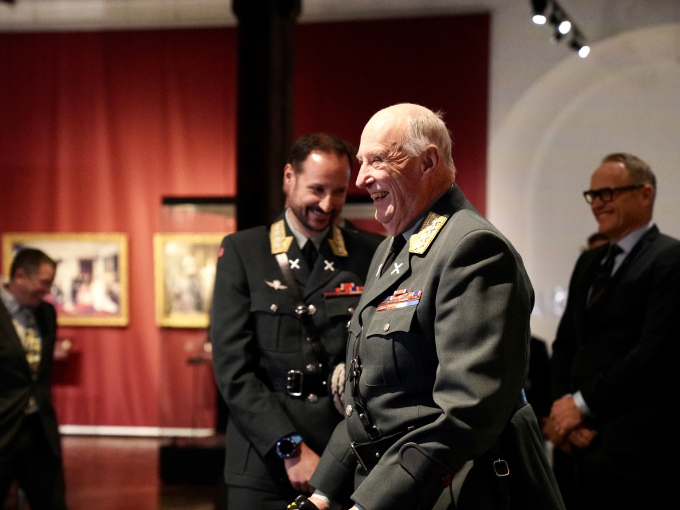 His Majesty often visits the museum in different settings. In addition, the King, as Commander-in-Chief of the Armed Forces, also participates annually in lectures and dinners under the auspices of the military at Akershus Fortress.

The Armed Forces Museum provides great insight into the history of the royal family and the military in Norway and how they are so close together. They also have a popular Facebook page that regularly publishes both known and unknown photos of the royals in various military settings.

The exhibition “King Harald V – his legacy and deed” is built around several themes, including the King’s relations with several other European royal houses. This includes the legacy of King Haakon VII and Queen Maud, who came to Norway in 1905. The last part of the exhibition deals with the King’s life from 1991 (when he ascended the throne) until today; it contains three themes: Head of State, King of the People and Commander-in-Chief.

Norway’s Armed Forces Museum is a Norwegian museum of military history and the main museum for the Armed Forces. It has been housed in an old arsenal building at Akershus Fortress in Oslo since 1860. The museum was established in 1946 when the Artillery Museum and the Intendant Museum merged.

Initially, the museum was not open to the public and only allowed military personnel to visit. However, King Olav V opened it to the public in 1978.