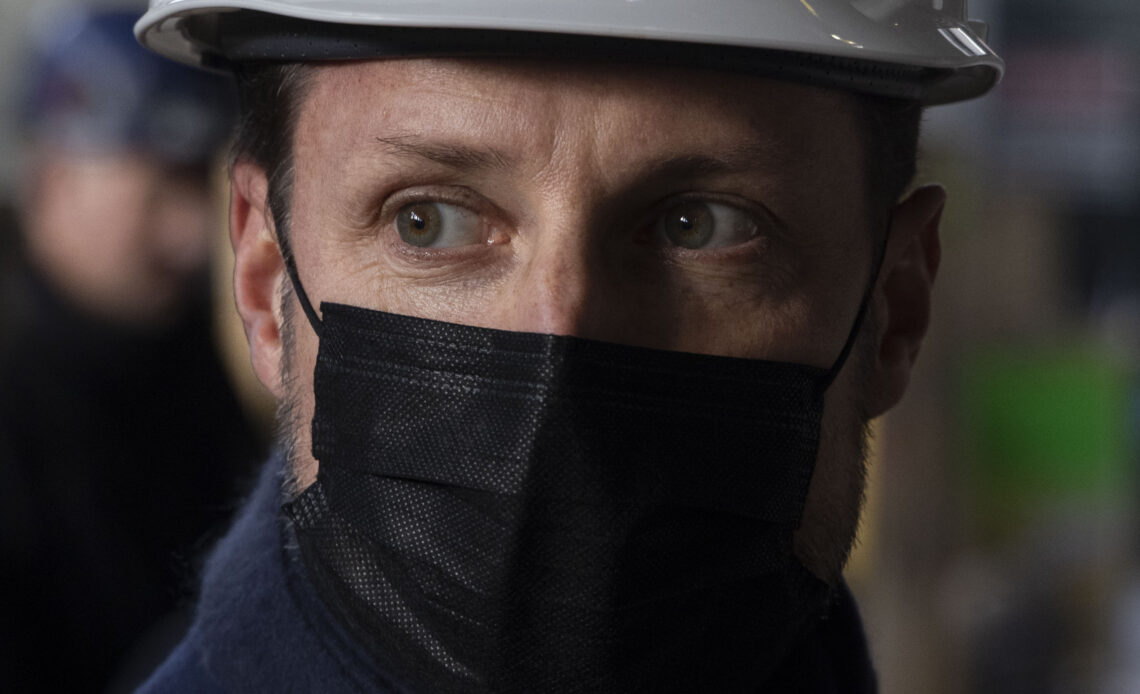 The Crown Prince of Norway is currently on a visit to the United States to strengthen economic and political ties between the Norwegian Kingdom and the American Republic.

The second day of the Crown Prince’s visit to the United States and New York began with a visit to Equinor, where he performed the official inauguration of their new offshore wind office in Industry City, Brooklyn. Equinor is an Norwegian energy company with more than 21,000 employees developing oil, gas, wind and solar energy in more than 30 countries.

New York aims for 70% of energy consumption to come from renewable energy by 2030. A significant part of this will come from offshore wind, and the plan is for Equinor to deliver on about 1/3 of New York’s offshore wind ambitions. The company has contracts for three offshore wind projects on the east coast of the USA, and according to Equinor, these will together produce electricity for about 1.6 million households. The South Brooklyn Marine Terminal port area will be the landing site for electricity and the port area contract will be signed during the winter.

In New York, building stock accounts for over 60% of the city’s CO2 emissions. In 2024, a new law will come into force in New York City that requires large buildings to reduce emissions by 40%. In 2015, the Petroleum Fund purchased 12 larger buildings on Hudson Square in New York, and these will now be upgraded to sustainable office space, with lower carbon emissions. On its flagship project (555 Hudson Square), emissions from one of the buildings will be reduced by 85%.

The Crown Prince was also at the literature house Centre for Fiction in Downtown Brooklyn, to participate in an industry seminar on Norwegian literature. In collaboration with NORLA, Norwegian Literature Abroad, the Consulate General has arranged with the American publishing industry to support Norwegian authors who have not yet been launched on the American market. NORLA has travelled to New York with a delegation consisting of 15 Norwegian literature agents and 4 authors, two of whom will be presented at the seminar: Victoria Kielland and Nina Grünfeld.