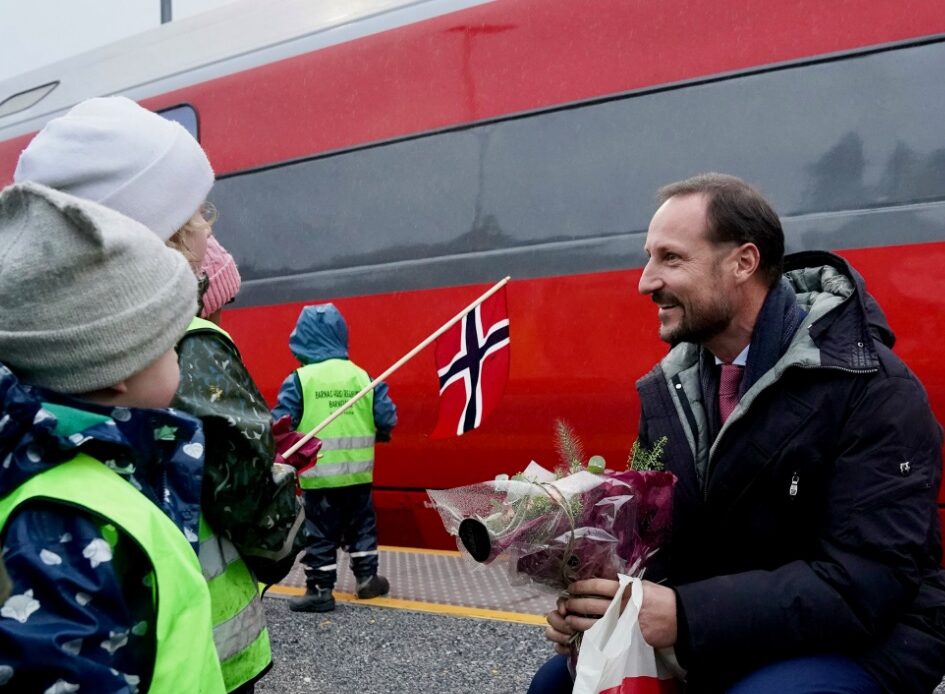 For the ninth year in a row, Crown Prince Haakon of Norway has brought together young Norwegian leaders and talent to the conference SIKT. This year’s event is taking place at Nord University in the city of Bodø. After last year’s digital edition of the annual conference, Northern Norway and the cultural city of Bodø are the arena when the SIKT conference brings together almost 200 participants from all over the country under one roof.

The Crown Prince and a number of this year’s participants arrived in Bodø monday morning by train. Ahead of the conference, the Crown Prince met with 50 young people from Northern Norway who are part of “Young Voices”, a competence program. His Royal Highness also participated in a lunch with regional businesses about young people and economic opportunities in northern Norway.

From the stage, the participants of the conference will hear contributions from, among others, Norway’s Chief of Defense Eirik Kristoffersen, and famous journalist Kadafi Zaman. Kjersti Thorbjørnsrud and Marjan Nadim, both from the Royal Norwegian Department of Social Research, will also participate in a conversation about the climate in Norway. Many of the participants will be on stage themselves and talk under the heading “Opportunities”, which is this year’s theme. Participants will also be challenged with a workshop from the French university INSEAD.

The conference started on October 25th 2021 with a trip together with the Crown Prince to the Saltfjord, a visit to the a local museum, workshop and lectures in the city.

The participants come from all over Norway and represent business, entrepreneurs, the public sector, organizational life, culture, sports, media and academia.

The purpose of the conference is to create a meeting place where the participants will be able to learn from each other and discuss common challenges and opportunities in the Norway of the future. The conference is organized by Crown Prince Haakon, who has been heavily involved in young leadership in recent years. The SIKT conference was the Crown Prince’s idea.