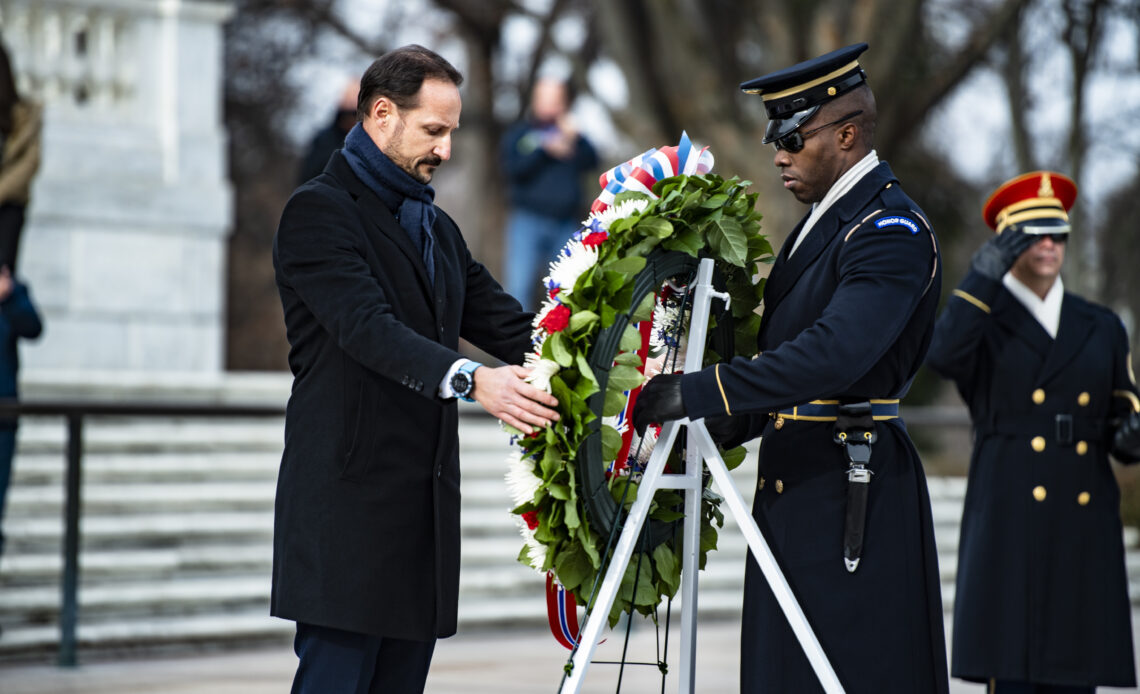 The solemn ceremony was led by The Old Guard, the third US infantry regiment, which since 1948 has been guarding the cemetery 24 hours a day. The honorary burial ground in itself was founded during the American Civil War, while it is 100 years this year since the Unknown Soldier was laid to rest there. The first unknown soldier to be buried there was a fallen soldier from World War I, who was buried on November 11, 1921.

The Norwegian Crown Prince was present earlier in the day during a business policy seminar at the Royal Norwegian Embassy in Washington DC, where the topic was the green shift and how Norwegian and American business can work together to contribute to a sustainable society without emissions. Norway has companies and technology that contribute to this, especially in energy. During the seminar, various solutions in offshore wind, green shipping and electrification were presented.

During the event His Royal Highness gave a speech in which he said: “It is great to be back in the US and here in Washington DC. I have so many good memories of my trips to the United States, and I have many friends in this country as well. And I spent one of the most transforming experiences when I went to school here, at the University of Berkeley. So, I am really glad to be back in the United States”.

Crown Prince Haakon continued: “International trade allows the best ideas, technologies, and solutions to be shared across the world. We must encourage international business cooperation and work to reduce trade barriers. Today, we will be hearing about what our companies are doing to build sustainable, global supply chains and about the opportunities the energy transition is opening. Hopefully, we will have the chance to explore the many ways the US and Norway can join forces and learn from each other, so that we can create value and a more sustainable, low-emission future”.