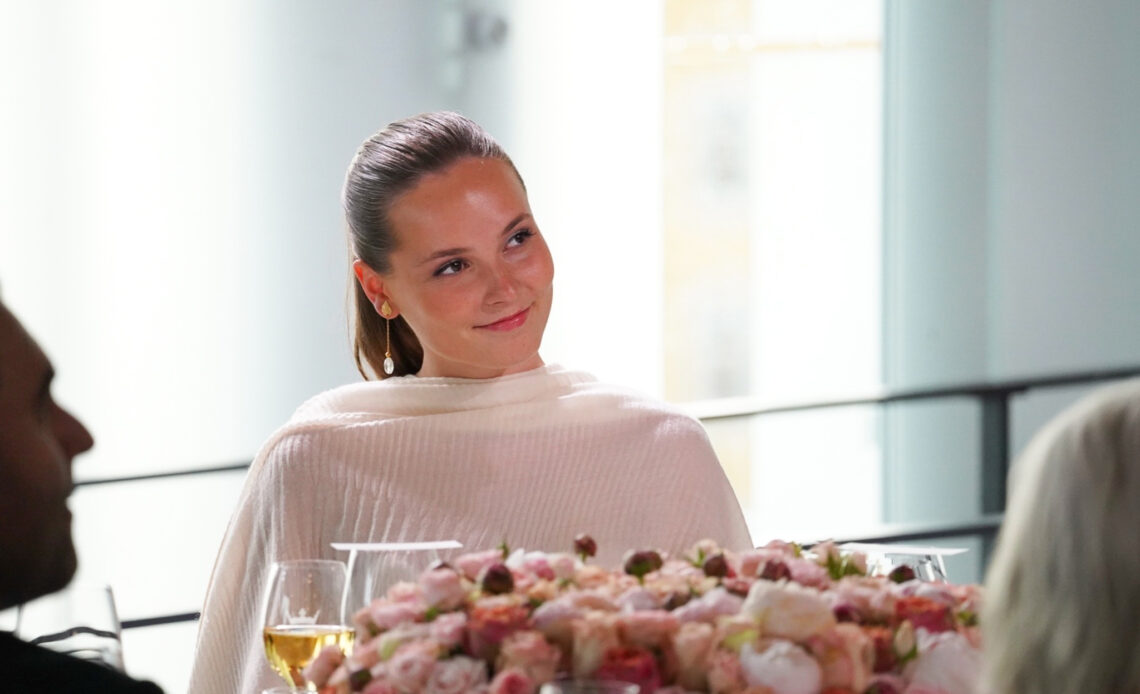 The Norwegian government hosted a black-tie celebration dinner at Deichman Bjørvika in Oslo, with over 200 people in attendance.

Princess Ingrid Alexandra arrived with King Harald, Queen Sonja, the Crown Prince Family and Princess Märtha Louise and Durek Verrett. They were greeted by Prime Minister Jonas Gahr Støre, Minister of State Trygve Slagsvold Vedum and Oslo Mayor Marianne Borgen. The Princess then walked the red carpet alongside the Norwegian Prime Minister with the rest of the Norwegian Royal Family following behind.

Twenty-five representatives from each county in Norway greeted Ingrid Alexandra before she entered the library; they had each been invited for their participation in things like sports, charity, community life and politics. The Norwegian Girls’ Choir also performed as attendees entered the building.

The Prime Minister spoke and congratulated Ingrid Alexandra on her place in history, saying: “You were born as the first female heir to the throne in the history of the kingdom. You have now passed 18 years of age and are of legal age. It is historic.”

He also gave her advice for the future: “Be who you are. Know your country. The people who live here. The lives we live. The dreams we have. The fear we can feel. This is how you create the bonds that bind royal houses and the people together – in new generations.”

The birthday girl also took to the podium to thank everyone for coming to celebrate her milestone and the government for organising the event. She said she felt lucky to grow up in a trusting country like Norway and praised its democracy.

“The visits were really a reminder of how lucky we are here in Norway. A reminder of our democracy and the secure governance system we have. What we Norwegians have built up over a long period of time, and which we continue to develop and protect every day,” she said.

On 17 June, King Harald and Queen Sonja will host a gala dinner at the Royal Palace for their granddaughter, where royals from across Europe will attend.

The two-day event was due to take place in January when the Princess came of age, but health restrictions caused its delay until June.