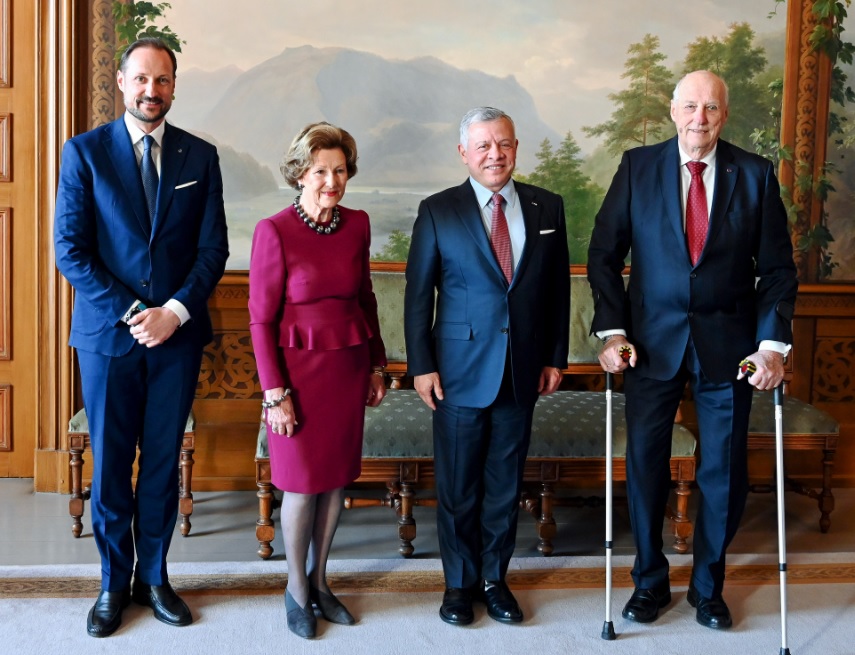 King Abdullah II of Jordan is on a two-day long official visit to Norway.

The Jordanian monarch arrived in Norway on March 13th 2022 and attended both a military exercise and held meetings with Norway’s Prime Minister. Day two of the visit, March 14th 2022, started with a meeting at the Norwegian Parliament, before the King continued to an audience and lunch with the Norwegian Royal Family.

King Harald and Queen Sonja received the King of Jordan in an audience at the Palace. Crown Prince Haakon was also present during the audience. After the audience, the Royal Couple invited their Jordanian guest to lunch where the Crown Princess also joined them.

Norway and Jordan work closely together in many areas. The Russian invasion and war in Ukraine marked the political talks that King Abdullah has had with Norwegian politicians during the visit. To the Norwegian press, the Jordanian monarch said: “Jordan is an important partner for Norway multilaterally. Jordan’s hospitality to Syrians and other refugees is an important contribution to regional stability. Jordan plays an important role in the work to reach a negotiated two-state solution between Israel and Palestine”.

During his stay in Oslo, King Abdullah also participated in a foreign policy meeting arranged by the Norwegian Institute of Foreign Policy and the Institute for Peace Research. The King of Jordan will leave Norway on March 14th 2022 and return to the Kingdom of Jordan.