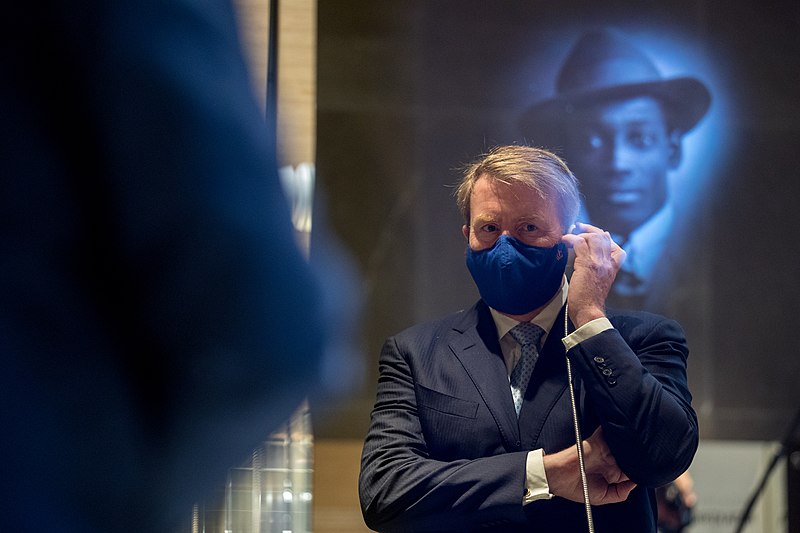 On Tuesday, the 25th of May, King Willem-Alexander of the Netherlands visited a healthcare facility that takes care of patients who are experiencing long haul post-Covid 19 symptoms.

It has long been known that survivors of the most severe cases of coronavirus have reported feeling unwell for a long while after testing negative for the illness. It is believed that the virus can leave lingering symptoms and consequences in the organs most affected by the illness.

Even previously healthy patients have reported shortness of breath, extreme fatigue and aches and pains weeks and even months after having officially recovered (a.k.a. tested negative) from having coronavirus.

Scientists are still studying the underlying reasons for such long recoveries, but in the meantime doctors and nurses are doing their best to care for patients with lingering side effects of the virus – which is why facilities such as the one toured by His Majesty King Willem-Alexander are so critical to ensure the best treatment of such symptoms and the minimising of potential spread of Covid-19 and nosocomial infections from other viruses or bacteria.

His Majesty has been very involved with his country’s healthcare response to the coronavirus, being one of the first royals to embrace the remote work lifestyle and switching to video calls and virtual meetings. But he has also been at the center of heated controversies over some of his decisions during the pandemic.

The Dutch Royal family, most notably, was strongly criticized because of their decision to undertake a trip to Greece during the summer of 2020, when it was safe and allowed by the Dutch government to do so; however, the vacation was met by an outrage so strong that the King decided to cut the trip short and go back to the Netherlands.

His Majesty has since released a two minutes long video message, apologising about a decision he said was “regrettable”. The Prime Minister Mark Rutte has also intervened on the matter, stating that it was ill-advised of him to not prevent the holiday from happening. The Royal family needed the Prime Minister’s approval to fly on a State plane. This whole matter resulted in slipping poll numbers in support of the Dutch monarchy that still doesn’t seem to have recovered.