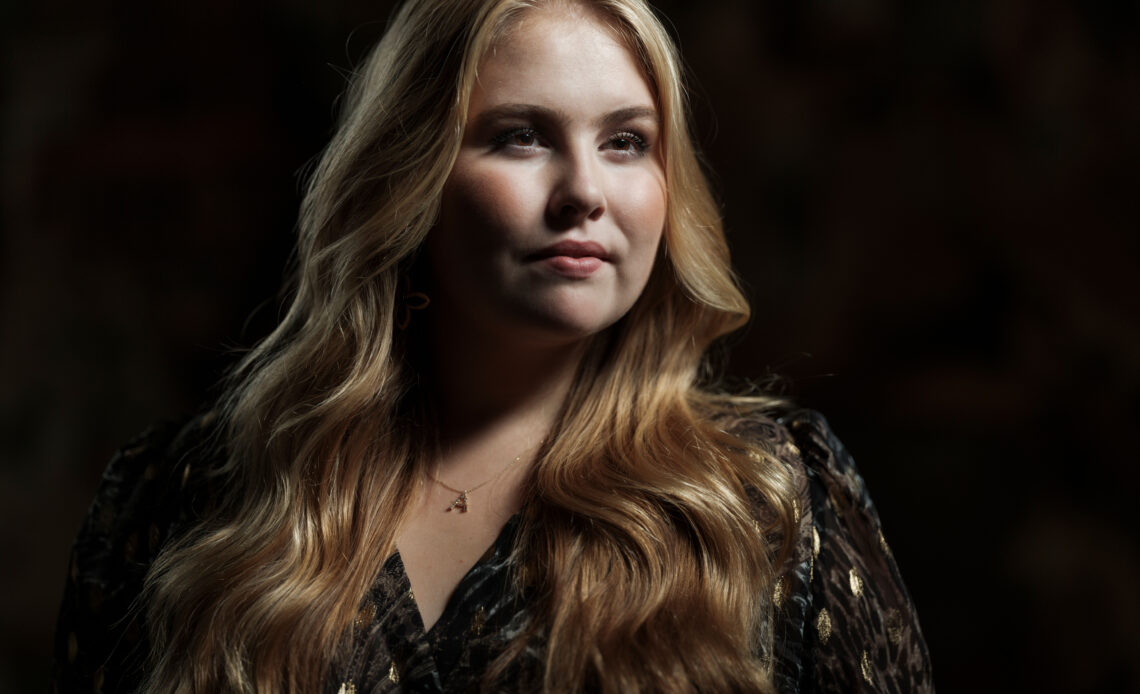 Her cut standard is the traditional orange with a Nassau blue cross that divides the flag into four sections. The Royal Coat of Arms is in the centre with the coat of arms of the House of Orange in the upper left corner. The coat of arms of the Zorreguieta family (Queen Máxima’s Argentine family) feature in the lower left area. The standard can be viewed here.

Princess Amalia’s younger sisters, Princesses Alexia and Ariane, will each receive a standard when they turn 18. King Willem-Alexander ordered the creation of the standards on 24 November.

This was not the only honour for the Princess of Orange announced on 7 December.

King Willem-Alexander also made Amalia a Knight of the Order of the Golden Lion of Nassau on her birthday by a Royal Decree. This is a joint order between the Dutch monarch and Grand Duke Henri of Luxembourg, as the order is shared by the two branches of the House of Nassau, which reign over the Netherlands and Luxembourg.

Amalia’s father also issued a Royal Decree on 24 November that made her a Knight Grand Cross of the Order of the Netherlands Lion. This is a tradition for the heir to the Dutch throne and their siblings. Since Queen Wilhemenia, all children of the head of state have been bestowed the honour on their 18th birthdays. Princesses Alexia and Ariane will also receive the order when they come of age.