Who is Charlotte Casiraghi, granddaughter of Princess Grace? 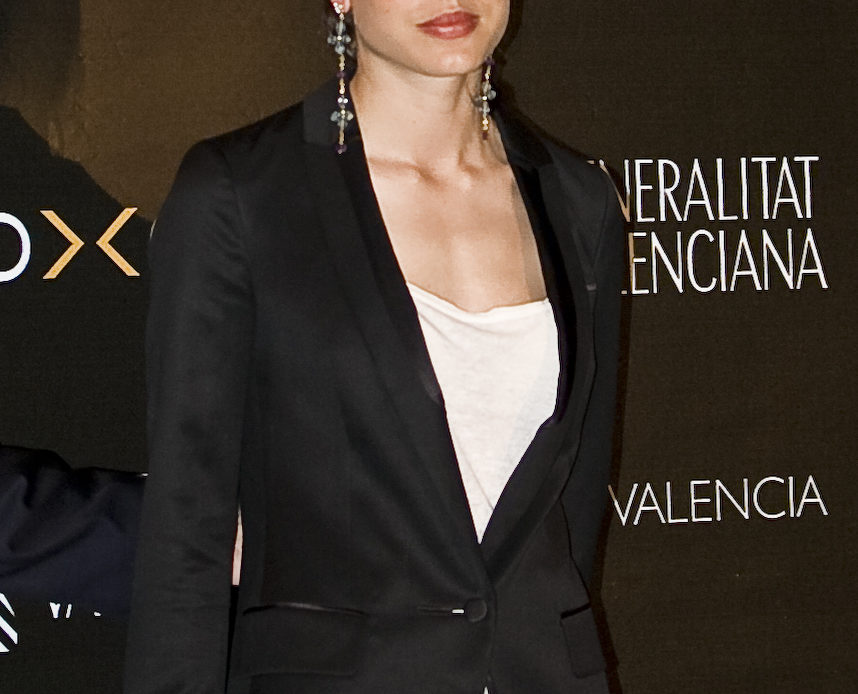 Charlotte Marie Pomeline Casiraghi was born on 3 August 1986, the second of three children born to Princess Caroline of Monaco and Stefano Casiraghi.

She was born in the maternity wing of the Princess Grace Hospital Centre in La Colle, Monaco, and was christened on the 20th of September 1986 with Countess Albina du Boisrouvrai and Massimo Bianchi as her godparents. Countess Albina, a second cousin to Sovereign Prince Rainier, is a former film writer and producer who became internationally recognised for her philanthropy work, especially with AIDS patients and impoverished communities around the world. Massimo Bianchi is Stefano’s brother-in-law, having married his sister Rosalba.

Charlotte started school at age two, and until she was six, she attended Les Dames de Saint Maur Catholic School in Monaco, which is the only private school in her curriculum.

When Charlotte was four years and two months old, on the 3rd of October 1990, her father passed away in a boating accident, when his catamaran, Pinot di Pinot, flipped while going at an impressive 150 km/h (93.2 miles/hour) and he crashed in the water, passing away on impact. His copilot, Patrice Innocenti, survived the accident but had to be evacuated to the Princess Grace Hospital Centre. The funeral was held in the same church where, eight years earlier, Princess Caroline had to say goodbye to her mother, Princess Grace. As they were too young, the children didn’t seem to have been present at the funeral.

After Stefano’s death, Princess Caroline decided to move her entire family to France, and specifically to the Midi village of Saint Rémy de Provence, to minimise the children’s exposure to the press.

Like both of her brothers, she wasn’t in the Monegasque succession line until she was seven-years-old in February of 1993 when Pope John Paul II recognised Caroline and Stefano’s wedding as legitimate, eight months after Caroline’s matrimony to her first husband Philippe Junot was annulled by the Roman Rota. This type of annulment is the only one that allows a second wedding to be recognised by the Catholic Church, a requirement to enter the line of succession for the Principality.

In 1999, Princess Caroline married Prince Ernst August of Hannover while about three months pregnant. Six months later, Caroline gave birth to a daughter, Alexandra, in a clinic in Vöcklabruck, Austria. The baby received the names of Alexandra Charlotte Ulrike Maryam Virginia, after all of her godmothers, of which Charlotte Casiraghi is one. Since then, she and Alexandra share a very special bond, highlighted in every occasion they are seen together. Shortly after Princess Alexandra’s birth, Princess Caroline decided to relocate the family to Fontainebleu, a suburban area 55.5km (34.5 miles) away from Paris.

From the age of six, she was in France’s public school system, attending François-Couperin High School in Fontainebleu from 2000 to 2004. In 2004, she passed her baccalaureate exam with the highest mark possible (très bien, very well or excellent in French), after which she enrolled in preparatory classes at Fénelon High School, in the Saint Germain des Près area of Paris. Preparatory classes are a part of French post-secondary education and consist of two extra years of studying with the objective of enrolling in one of France’s Grandes Écoles.

The school she specifically wanted to be admitted to was the École Normale Superieure, and in June of 2006, she sat down for the written portion of her entrance exam, but she failed to make the list of candidates eligible for an oral test.

In the meantime, Charlotte had been studying Philosophy at Paris-Sorbonne University, and, in 2007, she earned her B.A. She went on to complete two internships in the field of writing, which opened her to the doors to the world of journalism.

In 2009, Charlotte Casiraghi, Alexia Niedzielski and Elizabeth von Guttman founded Ever Manifesto, a publication focusing on sustainable fashion that was distributed for free at both the Milan and Paris Fashion Weeks. The three friends were listed as founders and Editors-in-Chief. Right from the start, Casiraghi stated that they wouldn’t adhere to a strict publishing schedule, instead prioritising the quality of the issues. The third issue, which was also the last one published, didn’t have Casiraghi’s name among the Editors-in-Chief, instead listing her only as one of the founders.

Her relationship with the fashion industry was almost inevitable, with her beauty being so instantly recognisable and having the same Hollywood allure and grace exuded by her grandmother, formerly known as Grace Kelly. In 2010, she started her collaboration with Italian brand Gucci, first by modelling their equestrian line and, in 2014, their cosmetics line. In 2018, she modelled for Yves Saint Laurent, and in the same year, she became the brand ambassador for Montblanc, collaborating with the brand on a jewellery line inspired by Nancy Cunard. On the 22nd of December 2020, it was announced that she had been selected as a brand ambassador for Chanel, officially solidifying the already strong ties between Princess Caroline’s family and the fashion house.

In 2012, Charlotte founded Swoon Productions, a filmmaking company that focuses mainly on equestrian films. In 2014, the company purchased the rights to Our Lady of the Nile, a book that they planned to turn into a movie. The film was then produced by Chapter 2, the production company owned by Dimitri Rassam, Charlotte’s husband, and premiered in 2019 at the Toronto International Film Festival.

But Casiraghi’s two biggest passions are equestrianism and philosophy. Since her philosophy studies in high school, she became fascinated with the subject, thanks to her teacher Robert Maggiori. In 2015, she founded the Monaco Philosophical Encounters, a philosophy think tank that discusses current topics and new publications. She wrote a preface for Julia Kristeva’s psychoanalysis book published in 2017 and an article for the French newspaper Libération on Anne Dufourmantelle’s book Defense of Secret. But her greatest accomplishment was the publication in 2018 of Archipelago of Passions, co-written with her former teacher Robert Maggiori, in which they analyse different passions and their effects. Even for people with limited knowledge or interest in philosophy, it is quite easy to read and can be an interesting topic of conversation.

As for horses, Charlotte started training for show jumping at a very young age, and since 2009, she has been very involved in the Monaco equestrian scene. She competed in several showjumping events, in particular the Global Champions Tour (which became the Longines Global Champions Tour), which has a leg in Monaco of which Charlotte is patron, taking over in 2015 from her mother. Since the birth of her first child in 2013, she has drastically reduced her competitions, and we haven’t seen her jump since the birth of her second child.

With both beauty and fame on her side, it isn’t a surprise that her dating life has been under the lens of magazines and the general public for her entire life. On the 17th of December 2013, her first child, Raphaël, was born from her relationship with comedian Gad Elmaleh. On the 23rd of October 2018, she gave birth to her second son, Balthazar Rassam-Casiraghi. Because she wasn’t married to Elmaleh, her son Raphaël is not in the line of succession, while Balthazar is 12th in line, following his mother’s religious wedding to Dimitri Rassam. On the 1st of June 2019, Charlotte and Dimitri got married in a civil ceremony at Monaco Royal Palace, with the bride wearing a Yves Saint Laurent brocade dress for the ceremony and a Chanel satin gown for the reception. On the 29th of June, the pair married in a religious ceremony in the Sainte Marie de Pierredon Abbey, outside Saint Rémy en Provence, the place where she grew up. For the religious ceremony, the bride wore a dress by Gianbattista Valli that had clear influences from her mother’s first wedding dress. The Palace has not released official photographs from the second reception, but, from posts on social media, the public could deduce that it had a Spanish theme.

Despite being 11th in line to the throne of the Principality, Charlotte doesn’t hold any royal titles and has repeatedly stated that she views herself as a regular citizen who happens to be the niece of a head of state, and has, therefore, some obligations to attend.