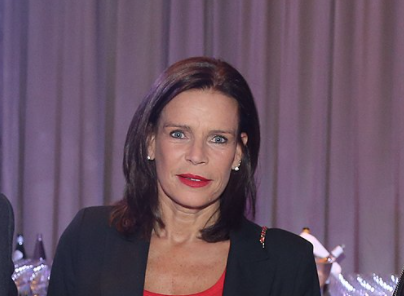 On the occasion of the UN’s assembly on AIDS (UNAIDS), which was held in New York from 8 to 10 June, Princess Stéphanie of Monaco recorded a video message.

In it, she highlighted the Principality of Monaco’s role in the fight against AIDS and complimented the UNAIDS for their initiative to stop AIDS by 2030. She has also made a case for stronger healthcare systems around the world, seeing how both the current virus and the AIDS epidemics in the past have exposed weaknesses and profound inequalities in the global healthcare structure.

Princess Stéphanie has long been engaged in the fight against the virus, and the Principality has been at the financial forefront of the international battle to eradicate AIDS for the past 25 years.

Her Serene Highness has presided over the Fight AIDS Monaco organisation for many years, and in 2018 she was the face of their new initiative “Towards Monaco without AIDS”, which, just like the UNAIDS initiative, is pushing to eradicate AIDS by 2030.

The UNAIDS meeting was presided by Isabelle Picco, the Principality of Monaco’s representative to the UN. This was a clear nod and a way to thank the small Mediterranean nation for its 25 years of financial support for UNAIDS.

The Princess’s remarks come only a few months after she also underlined the problem in an interview she gave to Monaco Info, in which she complimented her country for the change in approach to AIDS they have manifested over the last few decades – a more open mind, more empathy for those affected and more awareness about the virus as a whole. Fight AIDS Monaco has long been involved in information campaigns about the virus, how it is transmitted, how it affects the physical and mental health of those who contract it and how the spread can be stopped.