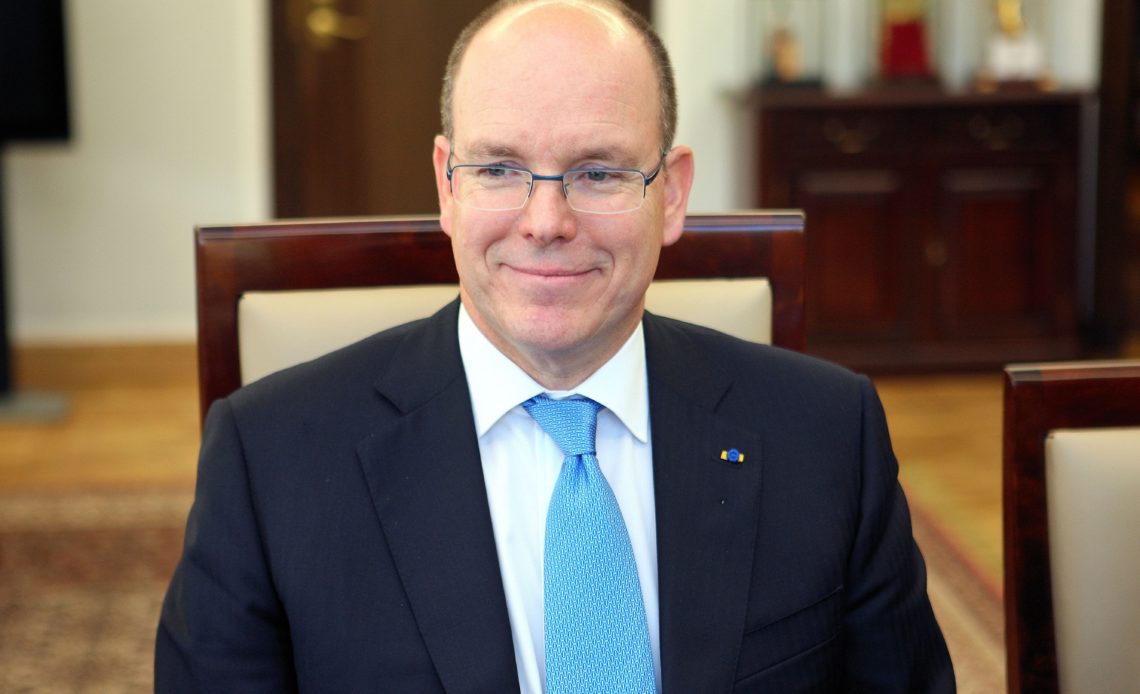 Prince Albert of Monaco presented the final prize to the winner of the Formula 1 Monaco Grand Prix on Sunday, 23rd of May. The prize went to Dutch pilot Max Verstappen, who runs for the Red Bull team.

Prince Albert had already visited the Monaco Grand Prix circuit the previous day to tour the facilities and meet with some members of the teams and some volunteers of the Monaco Red Cross, who, since 1950, provide safety and possible medical attention for both the pilots and the public. Hereditary Prince Jacques and Princess Gabriella joined their father on the visit..

Princess Charlène was also due to attend, however, the Princess was suffering from an ear, nose and throat infection that forced her to seek medical attention in South Africa, where she was working on a conservation project. Princess Charlène was born in Rhodesia (modern day Zimbabwe) and remains committed to her native land. She carries out numerous projects there, from rugby for disadvantaged children, to drowning prevention and conservation.

No doubt Prince Albert was disappointed the prize did not go to Charles Leclerc, who runs for team Ferrari, and who is a native of the Principality of Monaco. The Sovereign has been openly supportive of Leclerc before, and has attended several of his races.

Prince Albert is no stranger to the Monaco racing scene. At the end of April 2021, he attended the 12th Monaco Historic Grand Prix, in which former pilots compete in historic racing cars. He is also a regular attendee at Monaco’s F1 Grand Prix, where he is often accompanied by Princess Charlène.

Prince Albert is not the only royal who enjoys racing, either. He shares this passion with Prince Carl Philip of Sweden, who still races from time to time, especially for charity events.