Luxembourg’s Prince Charles gets a rose named after him 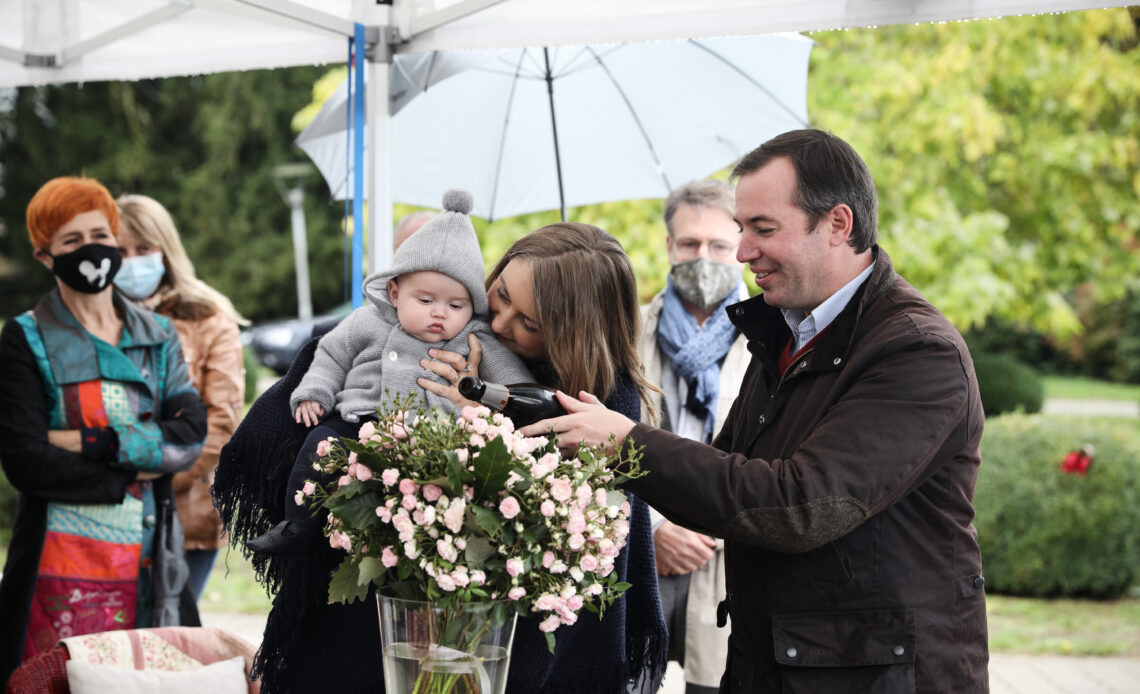 Luxembourg’s baby heir, Prince Charles, has followed a family tradition and had a rose named after him, which is in honour of his May birth.

He follows in his mother’s and paternal grandfather and grandmother’s footsteps in having a rose with his name.

Hereditary Grand Duke Guillaume and Hereditary Grand Duchess Stéphanie took their son to the rose garden at the Château de Munsbach on Sunday, 4 October to baptise the rose. Also in attendance was the gardener who takes care of the roses; Jean-Paul Jost, Mayor of the Commune of Schuttrange; Mireille Steil, President of Lëtzebuerger Rousefrënn; and Dony Calmes, Vice-President of Lëtzebuerger Rousefrënn.

Luxembourg was once nicknamed the “Land of Roses” and the Lëtzebuerger Rousefrënn Association, which was founded in 1980, works to return the passion for roses to the small country. The family of three was invited to the Château de Munsbach rose garden to “travel through the history” of the culture of roses in Luxembourg.

The tradition to name roses after members of the Grand Ducal Family began in 1891 with Grand Duke Adolphe.

A full list of those members in the Grand Ducal Family with roses named after them and the year the naming took place is below.

Prince Charles of Luxembourg was born on 10 May this year. He was christened just a few weeks ago and has made a handful of appearances alongside his family to celebrate his birth and baptism since then.