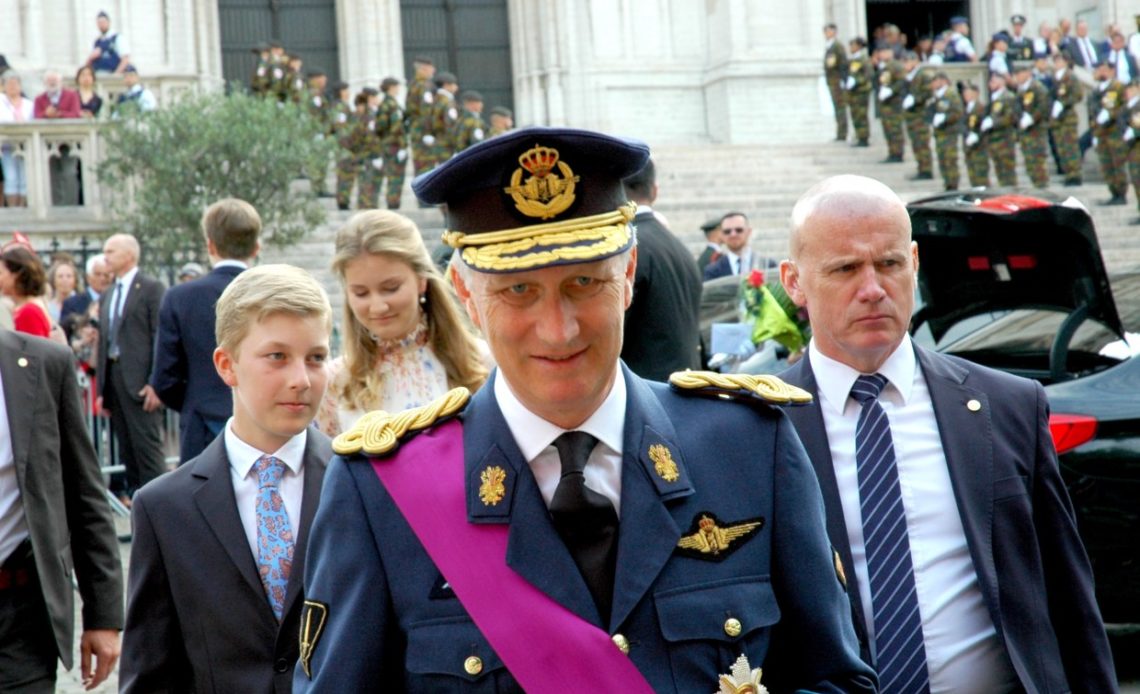 During his first day in the Democratic Republic of Congo, King Philippe decorated the last veteran of World War II to fight in Burma (today’s Myanmar).

The Belgian King held the ceremony at Kinshasa’s memorial for combat veterans, where he had previously laid a wreath as a homage to all those who gave their lives in war.

He then offered 100-year-old Corporal Albert Kunyuku the insignia of Commander of the Order of the Crown for his service in Belgium’s Force Publique (Public Force, the gendarmerie and military force in the Congo Free State -1885 to 1960, after which it was retitled Congo National Army).

Upon receiving his decorations, the former war veteran shook hands with King Philippe for a long time, although the press wasn’t able to catch any of their dialogue.

This gesture came as the King and Queen of the Belgians embarked on a historic visit to Congo, a former colony with growing sentiments of animosity towards the Belgian crown.

It was under King Philippe’s great great grandfather, King Leopold, that Congo was conquered and annexed as a colony to the country, with a great deal of nefarious consequences, including killings and mutilations stemming from working in exploiting the country’s natural resources for the colonial overlord’s benefit.

During the 2020 protests of the Black Lives Matter movement, sparked by the murder of George Floyd by Minneapolis police officer Derek Chauvin in the US, many people in Belgium and in Congo started analysing the country’s colonial past in different light.

There was a renewed call to the Belgian King to apologise for the role the crown played in inflicting so much suffering and for pillaging the natural resources that should have constituted the basis for the country’s economic prosperity.

That formal apology still hasn’t arrived, although King Philippe has expressed “deep regret” for those events; Belgium’s parliament has initiated a commission to evaluate potential solutions for reparations, and a report is expected to be issued in the coming months.