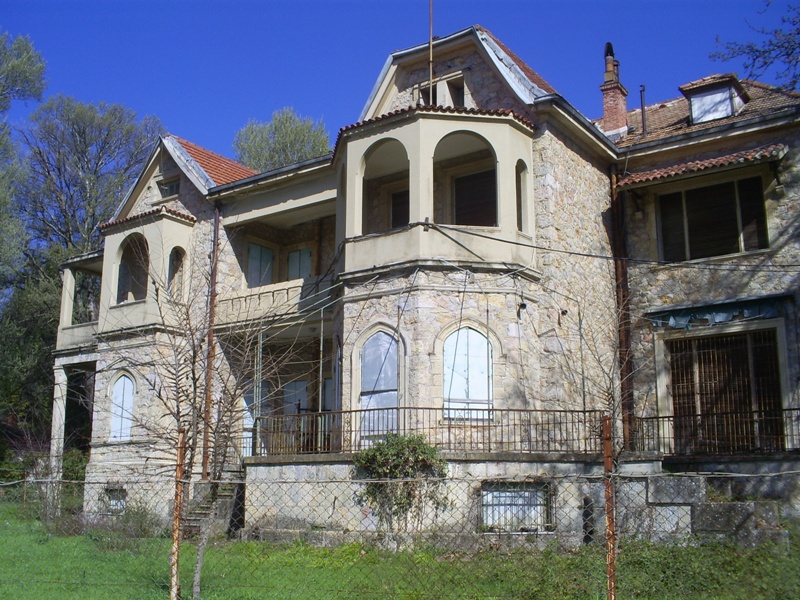 An number of unidentified artefacts from the royal palace of Tatoi outside Athens have been burned and lost. It is not yet known which objects were destroyed as a result of the enormous forest fires that are still going on in Greece. The Ministry of Culture removed thousands of items from the former summer residence of the Greek royal family when the fires were approaching. However, the two containers damaged could not withstand the flames.

According to the chairman of the Association of Friends of Tatoi, responsible for the management and preservation of the former summer residence, it will never be known which belongings were in the two containers that went up in flames last week. He said: “We will never know what was in these containers. And I leave it to people’s imagination to understand why we will never know. The items went from container to container. So I have no idea what the exact contents of the burnt containers were. It could be papers, clothes, artwork, wood, handicrafts, carpets, etc., that were destroyed by the fire”.

The fires that raged around Tatoi last week also destroyed several buildings on the estate. Most of the forest area also went up in flames, as did parts of the royal cemetery. On August 5th 2021, the fire moved dangerously close to the palace. The Greek Ministry of Culture therefore decided to order a full evacuation of the entire collection at the palace as well as documents and other objects of great value to save them from the fire. Only a few hours later, reports came that the fire had entered the royal park and that the royal cemetery by the palace was on fire. According to the President of the Association of Friends of Tatoi at that time the situation was extremely critical. Hours later, the wind changed direction and the flames moved away from the Palace.

The palace houses more than 100,000 registered important historical objects. Tatoi Palace was the summer home of the former Greek Royal Family. The area is a densely wooded southeast-facing slope of Mount Parnitha. It is located not far from the city centre of Athens. In June 2007, the Government of Greece said it intended to turn the former palace and grounds into a museum. The palace is currently undergoing extensive restorations.