Queen Margrethe’s official Jubilee portrait is a moment of majesty 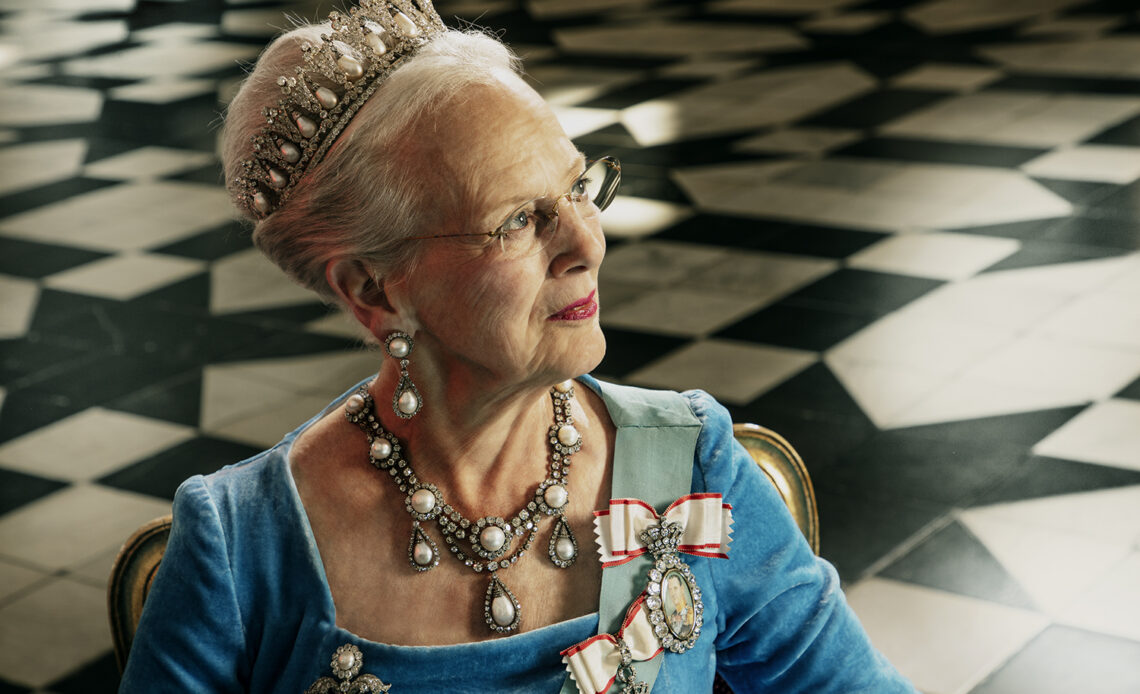 The first official Golden Jubilee portrait of Queen Margrethe II of Denmark has been unveiled.

The photograph shows Queen Margrethe in Fredensborg Castle, in the Dome Hall, the very heart of a residence used for some of the most important royal events.

The official image was revealed with just six weeks to go until Margrethe II’s Golden Jubilee. It’s being made available to anyone who wants to take part in celebrations marking the 50th anniversary of her reign and it’s likely to become one of the best known royal images in Denmark.

Photographer Per Morten Abrahamsen has captured the Queen of Denmark in a majestic pose. She is shown wearing the Pearl Poire Tiara, which she chose for her first official portrait as Queen of Denmark. Amidst the other jewels from the parure that accompanies the tiara, Margrethe II also wears royal orders including a portrait image of her father, King Frederik IX, who she succeeded to the throne.

Margrethe II became Queen of Denmark on January 14th 1972 on the death of Frederik IX. A series of events is planned to mark her Golden Jubilee including carriage rides and balcony appearances in Copenhagen, celebrations at the Danish parliament and several glittering galas including one which will see royalty from around Europe gather to mark Margrethe’s Golden Jubilee.