Denmark’s Golden Jubilee: Frederik and Mary, the future of Denmark 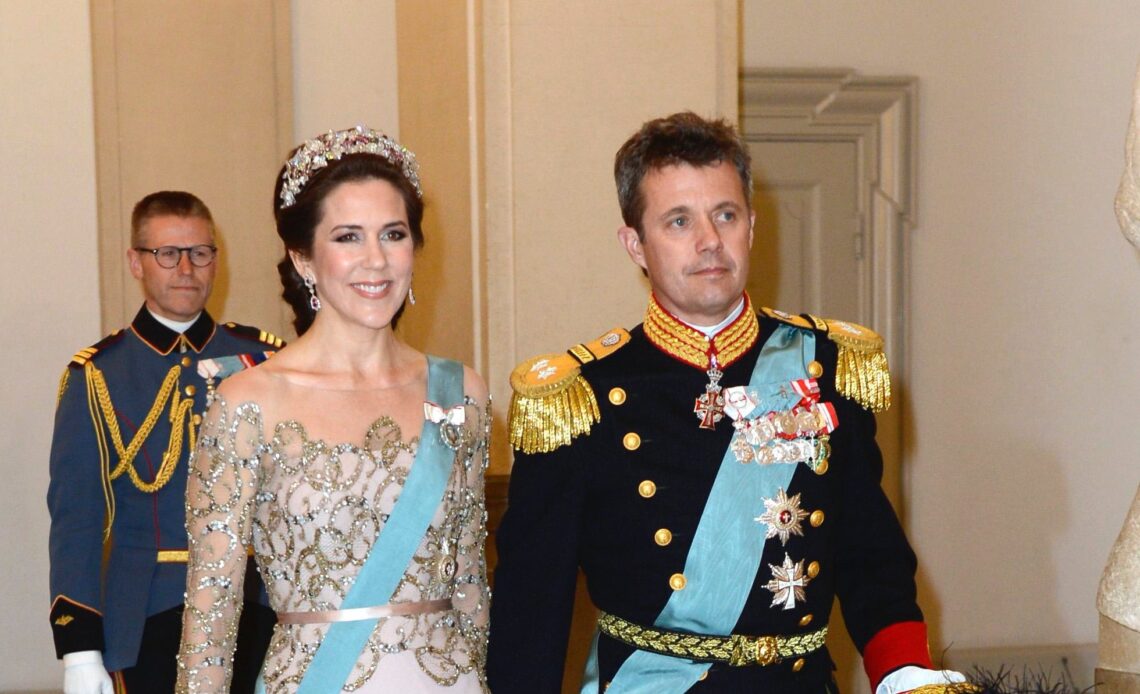 While much is being made of Queen Margrethe’s historic jubilee, let’s not forget how Crown Prince Frederik and Crown Princess Mary have played an important role within the Royal Family and within Denmark over the past 18 years and beyond.

Let’s take a look at Queen Margrethe’s son and heir and how Crown Prince Frederik and Crown Princess Mary have helped shape her reign and point toward the future of Denmark.

At his 50th birthday gala dinner in May 2018, Queen Margrethe led the tributes to her son and heir.

About his marriage to Crown Princess Mary, she said: “A whole family that everybody can take pleasure in, and a family that many are pleased to follow and see themselves reflected in. You and Mary have succeeded in creating a safe and warm family life while both of you together and individually assume tasks that take you to faraway places.”

Their royal careers, both together and separate, have been to the benefit of Denmark and highlights the Danish culture and people on a global stage. Crown Prince Frederik supports areas of interest like engineering, marine issues, science, the military and business, while Crown Princess Mary supports cultural organisations, humanitarian causes, women’s issues, health and fashion.

In recent years, Crown Prince Frederik has taken on a more high-profile role, stepping into tasks once fulfilled by his late father. He accompanies his mother on foreign visits and acts as regent while she is away. And Crown Princess Mary has proven her mettle by being named to the Council of State in 2019, meaning that she can act as regent in Queen Margrethe’s absence from the country.

In an interview with Lux Times of Luxembourg to mark her Ruby Jubilee in 2012, Queen Margrethe said of Crown Prince Frederik, “I have a son in whom I have a lot of confidence. He will be up to the job. He is an adult and gifted person. A happy person.”

She continued: “[Crown Prince Frederik] shows it in many ways, and I am really pleased to see how he does things. Not least, he has many of the traits that my father had—among others being able to talk to all sorts of people. Down to earth—without any problems and without having to exert himself. He has that gift, and it is something that I envy him. It is a gift to be able to do that. And he has a down to earth way of dealing with people in all sorts of situations. He has an innate community with people—and they with him. And he has a fine wife who can also talk to people and does a good job.”

On what kind of king he may become: “Comparisons may be made [with my reign]—but no one expects him to turn up in a red skirt, do they? Things will be different. But I can see many small things that remind me of my father.”

But perhaps the best summation of the future for Crown Prince Frederik and Crown Princess Mary, and how Queen Margrethe views their support and what’s ahead, came at his birthday gala when she concluded in her speech: “The two of you make Denmark bigger, and you are a credit to Denmark. You make me so happy!”