Queen Margrethe shares moving memories of the liberation of Denmark 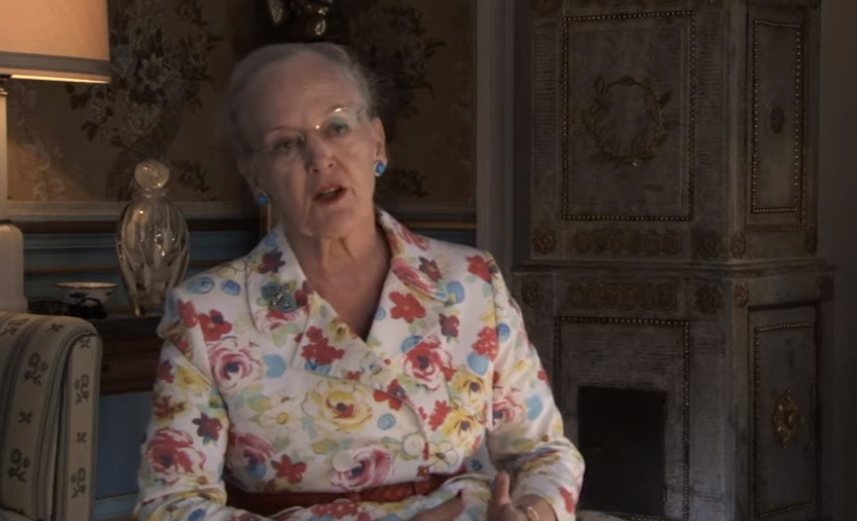 On May 4, 2020, Her Majesty Queen Margrethe of Denmark, together with Prime Minister Mette Frederiksen, honoured the Danes who lost their lives during the German occupation of World War Two. On the occasion of the 75th anniversary of Denmark’s liberation, the windows of Fredensborg Castle, Amalienborg and Schackenborg Castle were lit with candles.

The Danish royal court published a video of Her Majesty on YouTube where she shared her own memories from that day. The Queen was only a five year-old princess in 1945, but she remembered the day very clearly.

Her Majesty said: “It was in the evening. I was put into my bed early that evening, as most people did with their children at that time. The clock could not have been more than 6pm, maybe 6:30 when I went to bed. However, I woke up when I heard people in the streets, not outside my window, but not far from it. Because the castle square was blocked, so that people could not get to castle square. The main reason for the blockade was to prevent the Germans from entering the castle. So I woke up in my bedroom to people shouting “Hurray”. I found it strange that people were shouting, because I remembered that the kings birthday was in September. Then I suddenly heard my governess and a servant of my mother talking in the room next door. So I needed to get to them and hear what was happening. Though I was sure that they would just chase me back into bed. However, I was not chased back to bed. They gave me a big hug. After a short time my grandmother came and together with her I went to her apartment . It was no so late for anyone other than me. I was given I lemon-soda, which was definitely not something I usually got. Then my father came and said: “it is peace, the war is over”. I did not really understand what the meant, but I understood that all the people were very happy. I have always remembered that evening in detail. That evening must be one of my earliest memories that I can remember so well.”

On May 4th, 1945, Denmark was liberated from German occupation and light returned to Danish cities after five years of darkness. At this day, it was announced that the German troops in the Netherlands, northwest Germany and Denmark had surrendered. Some 3,000 Danes died as a direct result, with another estimated 4,000 Danish volunteers killed and 1,072 sailors gave their lives for the Allies.

While Danes were celebrating in the days following liberation, those living on the island of Bornholm were being bombarded by Soviet forces. After two days of bombardment, Soviet troops came on land on May 9th, leading to a German surrender of the island. The Soviets would remain on Bornholm until April 5th, 1946.